Home Music Muse’ Matt Bellamy: ‘Rock Bands Have One Foot In The Past’… 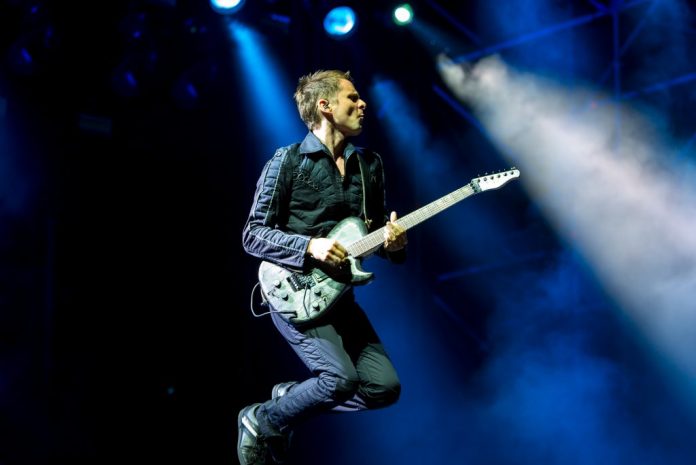 Frontman of Muse, Matt Bellamy has spoken out about how he thinks musicians should be keeping rock music interesting. Speaking about rock music in today’s digital music age, he said that bands have ‘one foot in the past’. ‘The guitar has become a textural instrument rather than a lead instrument. And I think that’s probably a good thing. What’s exciting about this period of music is you can mix classical with hip-hop and rock in the same song.’

‘As a rock band you’re slightly one foot in the past, playing instruments like guitar, bass and drums.’ He said the their new single, ‘Thought Contagion’ was the first track they’d used ‘big 808 drops and stuff’, but the band have ‘always kept an eye on what’s going on.’ ‘We’ve taken influence from things we think are cool in contemporary music,’ he added. ‘It’s always been a theme.’

Bellamy also spoke about ‘era-blending’ in modern music, describing it as an interesting recent phenomenon. ‘It’s almost like genre was an aesthetic that people attached themselves to, not just in music, but also in the way they dressed and the kind of friends they hung around with’.

‘I feel like that age has come to an end,” he said, before going on to explain what he meant about artists mixing different periods of time.

‘You’ll have an artist like Lana Del Rey doing a song that sounds and feels like it’s set in the 1950s, but she’s singing about video games. It’s an interesting time for era-blending and creating something which is timeless, and not particularly attached to any time. It becomes something ethereal and different.’