Advertisement
Home Entertainment May The Fourth Be With You! 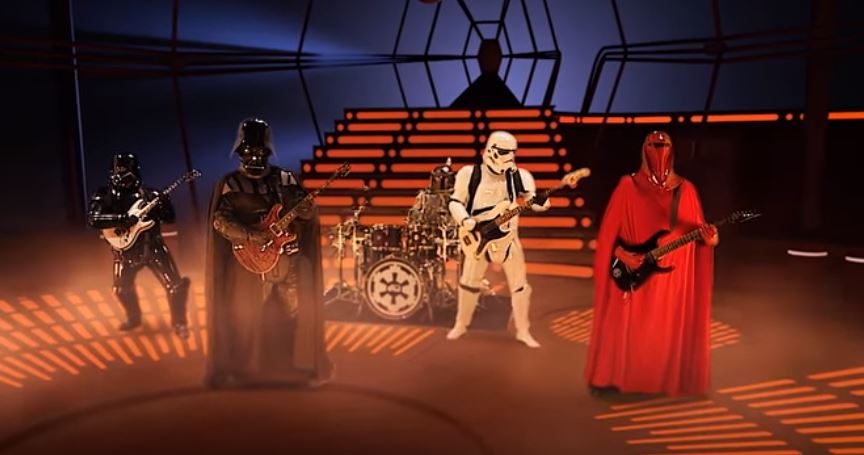 It’s that time of year when Star Wars fans celebrate the coolest movie on the planet and within the known Universe itself. May the 4th is that special day when we can stick on Empire Strikes Back or just spend the day wondering how anyone could ever think that Jar Jar Binks’ character would be a good idea.

Nova reported last month that this year will see Ireland’s very first dedicated Star Wars festival take place over the weekend to celebrate the saga in all its glory. Kerry is the place to be for three whole days, as a Star Wars Festival is kicking off there today.

Star Wars actor Peter Cushing is being honoured with a blue plaque at his childhood home. He’s best known for playing Grand Moff Tarkin in the original movie in 1977. He died in 1994 but was digitally revived for the Rogue One film in 2016. The plaque, which is being announced to mark Star Wars Day, will be unveiled in July at his former home in Croydon.

The Sun also reports, Disney, who owns the film franchise, are hosting a number of events at their parks, including special Star Wars Nights at Disneyland Paris. Star Wars actor Mark Hamill, who played a leading role of Jedi Luke Skywalker, urged fans on the day to donate money to help sick kids.

Or if you feel like staying in. you could go shopping online for yoda slippers on ebay.

Or just sit back relax and bask in the inter stellar rock glory of Galactic Empire. May the Fourth be with you…

Happy birthday to the late Grand Moff Tarkin AKA Peter Cushing. We salute your service to the Empire. #starwars pic.twitter.com/t8bQQtRTVq