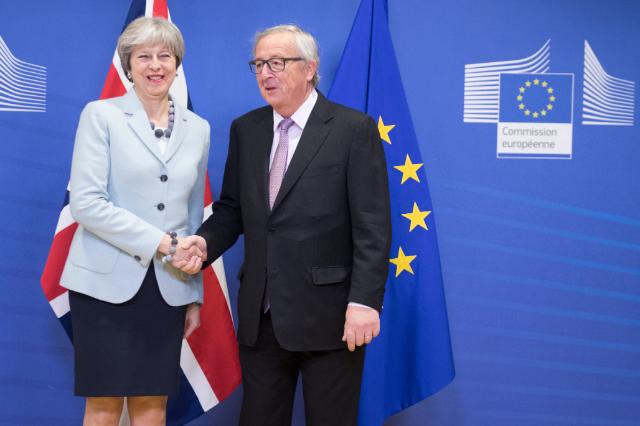 Britain’s Prime Minister Theresa May has said she would continue to work to deliver Brexit and vowed to fight on for her draft agreement.

Theresa May has been under huge pressure with several Ministers resigning in protest and a likely no confidence motion being submitted by members of her party.

However she was proving more than defiant at a press conference saying she knows some people are not happy with the Brexit deal but they now have to get on with it. She also again dismissed any chances of there being a second referendum on Brexit.

She came under intense pressure in the House of Commons earlier today. The Northern Secretary Karen Bradley has said she would be supporting Mrs.May if her leadership is challenged. While she didn’t directly address the leadership heave against her – she said she’s going nowhere:

”Leadership is about taking the right decisions, not the easy ones. As Prime Minister my job is to bring back a deal that delivers on the vote on the British people. I believe that this is a deal which does deliver that, which is in the national interest and am I going to see this through? Yes!”

The draft deal on the table has few fans either within the Conservatives or many of their political foes. The Labour leader Jeremy Corbyn says she should tear the agreement up:

”The government, Mr. Speaker, is in chaos. Their deal risks leaving the country in an indefinite halfway house without a real say!”

Earlier the resignation of Brexit secretary Dominic Raab and other members of the British government in protest at the draft EU withdrawal deal’s hit the value of the pound. Sterling’s down nearly 2% against the euro – at 1.12. It’s also down 1.075% against the dollar at 1.27.

The FTSE’s closed up slightly – as the lower pound provided a boost for multinational exporters.

“Today has been a calamitous day in Westminster.

“The arguments being played out in the Tory party about Brexit are ones which citizens on the island of Ireland will pay a high price for generations if a suitable deal is not agreed between Britain and the EU27 over the coming weeks.

“The people of the North voted to remain in the EU. Since that vote, we in Sinn Féin have campaigned for that vote to be respected and the unique circumstances of Ireland to be reflected in any Withdrawal Agreement.

“We have stood with the Irish government and parties in the north to secure a deal that safeguards the rights of citizens, our Agreements, our economic interests and one that averts a hard border. “It is disappointing that the DUP have sought to take the side of the Tory Brexiteers over the needs of the people of the north

“Sinn Féin will continue to advocate in the interests of all our people and our economy with the governments in Dublin and London, and with the EU.”

Couple May Have Died From Carbon Monoxide Poisoning