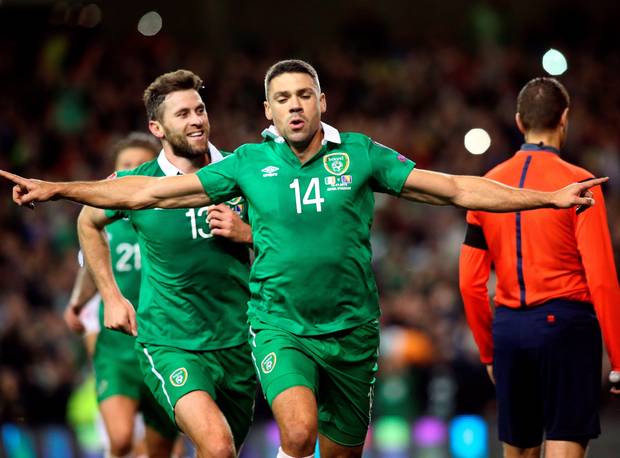 James McCarthy is included in a provisional 34-man Republic of Ireland squad for the World Cup play-off against Denmark.

The Everton midfielder did not feature in the games against Moldova and Wales earlier this month because of a knee injury.

However, he made his first competitive start since February in Tuesday’s EFL Cup game against Chelsea.

Burnley striker Jonathan Walters is alll set to miss the November showdowns because of a knee injury.

Walters missed both qualifier games earlier this month but Southampton striker Shane Long is available after missing the win in Cardiff through injury.

Last March, Koeman accused O’Neill of “not protecting” the midfielder before the Republic boss hit back to describe the Dutchman as a “master tactician of the blame game”.

O’Neill has included Wolves defender Matt Doherty and Reading centre-back Paul McShane in his extended squad which will be cut in advance of the play-off.

Hull midfielder David Meyler, who was so impressive in Cardiff, is included even though he will miss the first leg in Copenhagen because of suspension.

Man Dies After Shooting In Meath