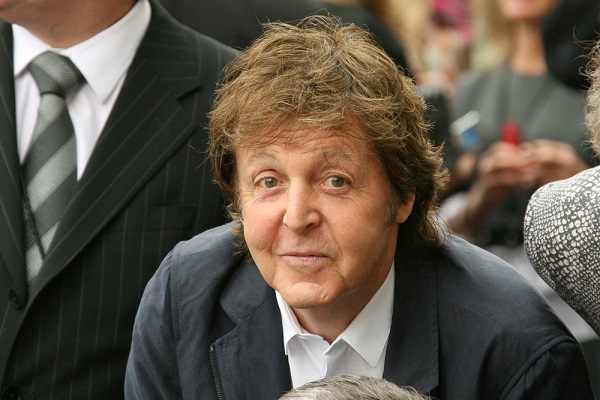 Paul McCartney has revealed that he uses a teleprompter at his live shows in case he forgets the lyrics of his songs! The 78 year-old rocker was recently on the SmartLess podcast and explained how he sometimes needs lyrics to perform songs he has known for decades.

“Sometimes I’ll be doing a song, like ‘Eleanor Rigby’ or something, and I’m on autopilot,” said McCartney. And I’m starting to think, ‘Oh, what am I gonna have for dinner? Maybe you won’t have the soup but maybe you’ll just go for the main course’. Then I go, ‘Stop!’ because I’m singing ‘Eleanor Rigby’! I’ve separated myself not only from Paul and fame, but a couple of bits in my head are going in different places.”

McCartney added that sometimes that breaks down and he forgets the song but for that, he has a teleprompter. In an interview last year, he said that he had to “relearn everything” from The Beatles’ huge discography, with some material is dating back 55 years.

“We go in rehearsal and I’m like, ‘Oh yeah, that’s how it goes’,” McCartney explained.

“Some of the old songs you say, ‘Oh, that’s clever, I wouldn’t have done that’. It’s exciting to think that still works. We were a little rock and roll group from Liverpool, it just kept going.”

A press release explained that Paul initially hadn’t planned to release an album in 2020, “but in the isolation of ‘Rockdown’ he soon found himself fleshing out some existing musical sketches and creating even more new ones.”

“Before long an eclectic collection of spontaneous songs would become ‘McCartney III’: a stripped back, self-produced and, quite literally, solo work marking the opening of a new decade, in the tradition of 1970’s McCartney and 1980’s McCartney II”.