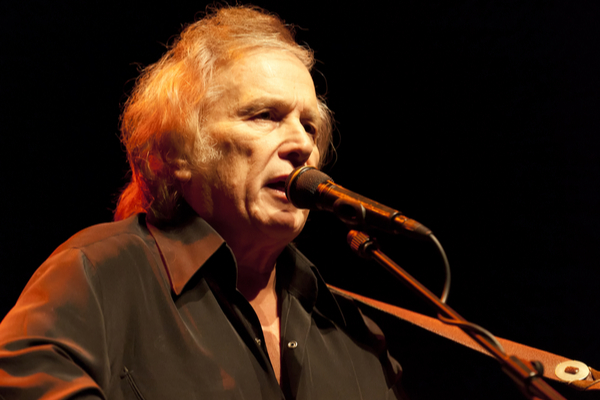 American Pie singer, Don McLean has been accused by his daughter of emotionally abusing her at the family’s Camden home for decades. In the latest acquisitions against the musician, Jackie McLean has described living with the singer-songwriter as to living in a cult.

McLean pleaded guilty to domestic violence charges brought against the musician at a court in Maine, in 2016. Two of the six charges were dropped, as part of a plea agreement for the star, with a further dismissal of an assault charge – if no crimes are committed in the next year.

Speaking to Rolling Stone Magazine, Jackie’s childhood home was the scene for the “psychological warfare” she endured. She alleges her father created a self-image of a powerful, seemingly supernatural, all-knowing leader, and cultivated a cult-like atmosphere. For many decades, Jackie felt that pleasing her famous father was the key to her survival.

“There was a constant state of fear in the house about the slightest thing [that] would make my dad turn into a crazy person,” Jackie told reporters. She had a stressful upbringing, littered with very traumatic events, with her earliest trauma coming at just 2 years of age. Jackie incurred the wrath of her father when he could not find the key to a piece of furniture, and McLean allegedly began to scream at her, although, she admits her father was never physically abusive.

“I couldn’t leave, I couldn’t move, I couldn’t say anything,” said Jackie, now 31 years old. “I didn’t know where the key was, and I was just trapped in that moment having to endure the fear and the trauma until it ended.”

Emails and recorded phone calls were presented to reporters, detailing McLean’s pattern of manipulation and abuse. The messages also show the singer’s attempt to maintain a certain public image, according to the magazine.

In an interview with the magazine, all allegations have been denied by the 75-year-old singer, who claims his ex-wife Patrisha McLean, Jackie’s mother, was always around and that he would never attack anybody.