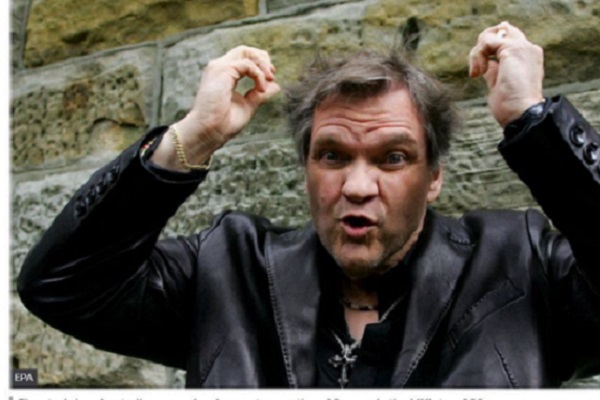 Meat Loaf’s 1977 breakthrough album Bat Out Of Hell has soared to top spot in Ireland’s Album Chart. The singer and actor passed away at the aged of 74 last week.

Following his death, Bat Out Of Hell has achieved the biggest number of sales across both digital and physical download.

The album comes out on top ahead of Meat Loaf’s greatest hits album Hits Out Of Hell. That album is also the most streamed in Ireland.

The late singer’s singles Bat Out Of Hell and I’d Do Anything For Love (But I Won’t Do That) have also returned to the Top 50 Singles Charts, reaching 31 and 40 in the charts respectively.

The Official Irish Album Charts are as follows:

Meat Loaf claims two places in this week’s Top 40 following sad news of his death last week, with Bat Out Of Hell and I’d Do Anything For Love (But I Won’t Do That) returning to the Official Chart: https://t.co/4bNB6EtetI pic.twitter.com/PanNgqnTcf

Earlier this week, it emerged that Meat Loaf’s tracks had already saw a 2,583% increase in streams in the US.

Billboard had reported that the late rocker’s singles and albums had increased hugely, with fans keen to remember a music legend.

Data appeared to show an increase in video and audio streams of Meat Loaf music by 15.9 million, between January 21 and 23. More info from the Nova report here.

As you’d expect, tributes were paid to Meat Loaf following his death, with rockstar Alice Cooper hailing him as “one of the greatest voices in Rock N Roll”.

“Meat Loaf was really so much fun, truly fun to be around. He just felt like a best friend to everyone no matter how long it had been since you last saw him. We worked together many times over the years and he was always a force.  He was a real theatrical character like I was so our shows went really well together”, he tweeted.

Other tributes include Boy George, Justin Hawkins, Cher and Huw Stephens. Check them out and more here.

Bulmers Live Have Added To Their Line-Up Again!