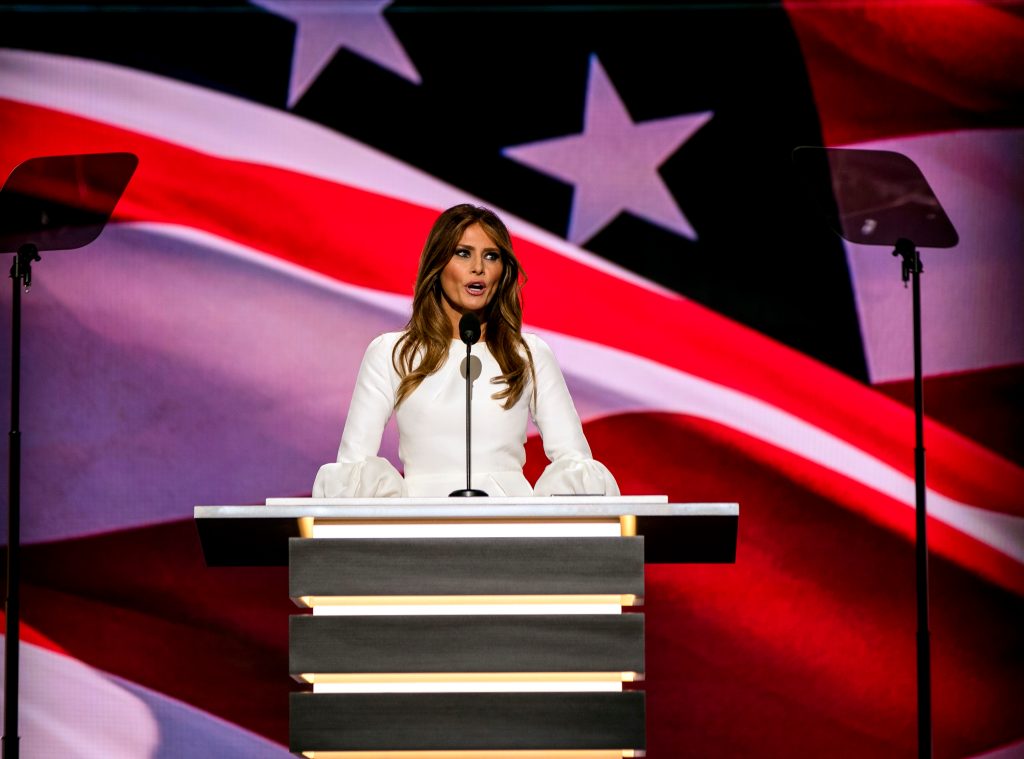 The US First Lady has appeared to question her husband’s immigration policy.

Melania Trump’s spokeswoman says she ‘hates to see children separated from their families’.

An average of 45 children are being taken from their parents at the US/Mexico border each day.

The President’s wife believes the US should ‘follow all laws’ – but govern ‘with heart’.

It’s in contrast to Donald Trump’s demands for a giant border wall to be built to keep out immigrants.

During his presidency campaign he was roundly criticised for a speech which suggested that Mexico was sending drugs, crime and rapists into the United States.

He’s also famously promised to make Mexico pay for that wall – something the Mexican president has strongly denied.