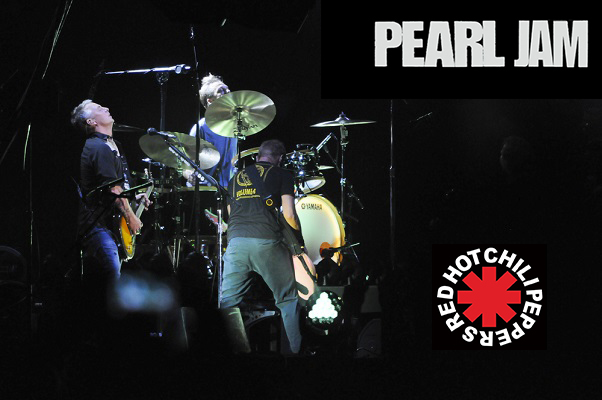 In a  statement Sun studios said,  “We get a lot of interesting cats that come through the Sun but its not everyday that we get the opportunity to share Studio C with 2 (count ’em!) Rock N Roll Hall of Famers and the engineer who gets their ideas out to the world! This week Josh Klinghoffer, the extraordinary multi-instrumentalist who has worked with Beck, Gnarls Barkley and has been playing guitar for the Red Hot Chilli Peppers for many years now took up residency in Studio C.

The youngest member of the Hall Of Fame (inducted with the RHCP at 32 beating out Stevie Wonder for that title) came to fulfill a 20-year desire to record where Tom Waits did Bone Machine all those years ago. He brought engineer Eric Palmquist who has worked with the Mars Volta, Bad Suns and Thrice, amongst many other eclectic groups with him to run the Neve and make the audio magic happen. It was the addition of local resident Jack Irons to the mix that gave us our second HOF member. Jack has an interesting viewpoint having been a founding member of the @chilipeppers and a member of @pearljam and the guy who passed the demo tape to Eddie Vedder and helped Pearl Jam become a reality.

Jack has played with Perry Farrell, Les Claypool and a host of other eclectic artists as well. It’s been a thrill having these incredible creative minds feeding off of and contributing to the Prairie Sun magic and according to Josh we’ll be seeing them again here soon…#joshklinghoffer #rhcp #redhotchilipeppers #jackirons #craigpalmquist #pearljam #session #rockandrollhalloffamers #thisweek #prairiesun #prairiesunstudios #music #makemusic #record #recordingstudio #prairiesunrecording #northerncalifornia #bayarea #bayareamusic #musicindustry #recordingindustry #recording.”