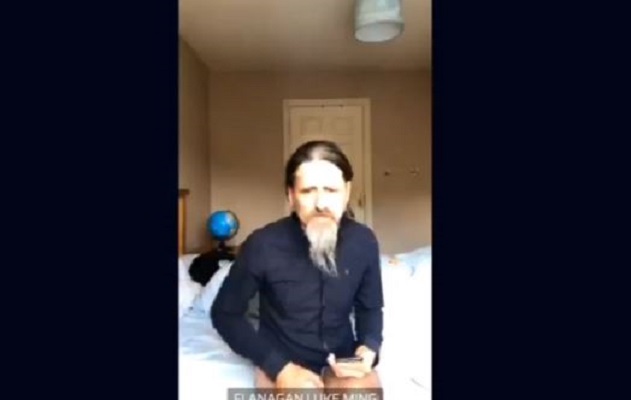 MEP Luke Ming Flanagan says there were some positive aspects to the attention on his legs at an online European Committee meeting yesterday.

He says he returned from a run and wore a shirt along with his shorts while taking part.

The Independent MEP says his camera was on landscape instead of portrait and resulted in his legs being on view.

Ming rocking the shirt & shorts vibe. One of the great things about following .@lukeming is you get a feeling for the institution & his passion for getting things done (whether you support him politically, or not) pic.twitter.com/wFkzUr7bsA

The Roscommon politician says at least it got some focus on an important committee as well.

Tributes Pour In For The Late Darts Player Kyle Anderson