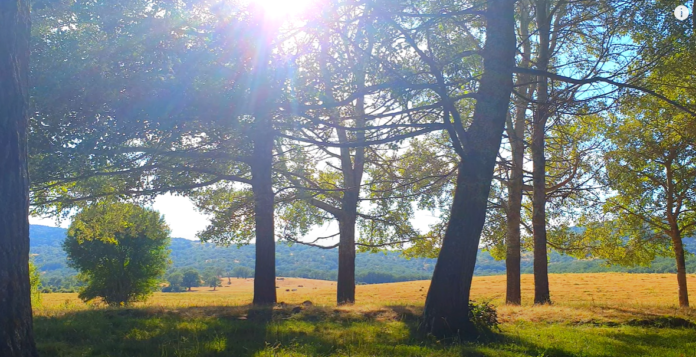 While the last few weeks has seen erratic weather including snow and hailstones, conditions are to improve this week, according to Met Éireann.

While high pressure will continue in the country, it will also bring dry weather.

Met Éireann did also state that the weekend will see largely unsettled weather as an Atlantic frontal system will cross the country.

Having seen a largely dry start to Tuesday, dark clouds will develop which will bring scattered showers for the afternoon. Some showers will be heavy, especially across Ulster.

Showers will fade way, leaving the night dry, but foggy. It will be chilly, with temperatures between -1 and +2 degrees.

The fog will clear, leaving Wednesday bright and dry. A few isolated showers are expected in the north and east.

It is expected to become cloudier in the afternoon. Despite this, it will be largely sunny, with temperatures hitting between 10 and 13 degrees.

Wednesday night will be dry, but some southeasterly winds will allow for fog and mist to form. The fog will be become heavier overnight for some places.

It will be a dry and bright start to Thursday, with sunny spells expected. A few showers are forecasted for the east however and southeast in the afternoon. Temperatures are to stay between 10 and 14 degrees.

Clouds will once again gather over the west and southwest into the night. Temperatures will stay that bit warmer, between 2 and 6 degrees according to Met Éireann.

Friday is expected to be dry and sunny. Clouds will later develop from the west during the day. This will bring patchy and light rain or drizzle for the western and southeastern coastal areas for the evening.

Light rain and drizzle will move further into the western and southwestern counties during the night. Elsewhere is to stay dry, with temperatures ranging between 3 and 7 degrees.

Rain and drizzle will also move across the western half of Ireland on Saturday. However, it is to stay dry for the east. Temperatures to be between 7 and 12 degrees. The west is to be mildest with the east to be coolest.

Met Éireann is also forecasting rain and drizzle outbreaks, affecting most areas on Sunday and Monday. They did assure that rainfall will be low.