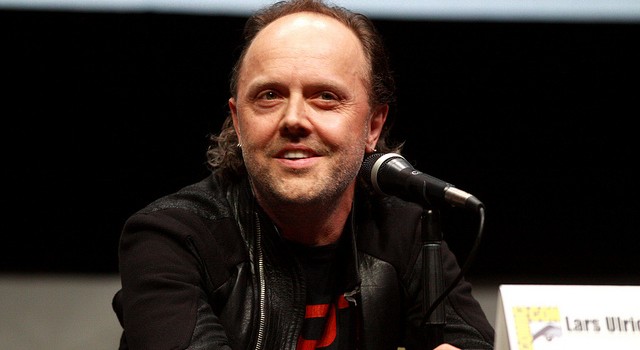 Metallica drummer Lars Ulrich participated in an online chat last night, discussing the COVID-19 pandemic and how it is affecting the band and the world.

At one point Ulrich discussed Metallica’s touring plans, mentioning that their spring festival dates have been postponed or canceled, while adding, “The idea of bringing tens of thousands of people together in concert settings is maybe just not the right idea for the health and safety of everybody in 2020.”

As for Metallica’s plans to potentially get together to write and record a follow-up to 2016’s Hardwired…To Self-Destruct, Ulrich said, “The guys in Metallica . . . we sit here and go, well, maybe in a month or two from now, is there a chance that the four of us can be together maybe at our studio here in Northern California, if the quarantine and stay-at-home orders subside — so on and so forth.”

“Will there be a Metallica quarantine record? I can’t tell you, because, again, I don’t know how long the quarantine will last. But if you and I and the rest of the world are sitting here six months from now or a year from now, I’d say there’s a very good chance.”

Metallica recorded their last album, at home in Northern California, Lars says being at home for that was a joy. Any new albums will most likely be done the same way.

During the chat, at around the 39-minute mark, Ulrich also shared footage of his college-aged sons Myles and Layne performing in the studio. One clip showed Layne playing bass on the Beatles’ “Blackbird” and another clip showed Layne with Myles on drums rocking a metal version of “Eleanor Rigby.”