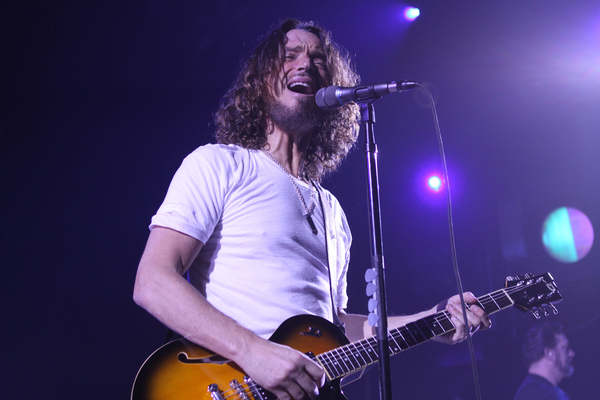 In a tribute to Chris Cornell, Metallica have released the concert recording from the “I Am The Highway” tribute show.

Back in January, the band performed “Head Injury” and “All Your Lies”, both songs from Soundgarden’s 1988 album “Ultramega OK”, at a show for the late musician.

And now, the band have also released those live-recorded covers as part of their vinyl club.

The artwork for this release is a play on Metallica’s “Hardwired….To Self Distruct” (2016) cover. It is also a multi-face mural. The cover also features Cornell’s visage instead.

The artwork was designed by Pearl Jam’s Jeff Ament. Check it out here.

“Thank you so much to Metallica for the love and appreciation that you have shown for Chris and for memorialising that love, admiration and support from your performances at the ‘I Am the Highway’ tribute on this truly amazing and special vinyl”, Vicky wrote.

“Joining the tribute concert meant so much to me and my children and to so many fans around the world… And I know how proud Chris would be, not only because you were there as his friends, but also because he was such a huge Metallica fan”.

“Thank you so much and thank you Lars for your very kind words about Chris. It is true that ‘a man is not dead while his name is still spoken.’ Thank you for continuing to honour him. Loudlove. Vicky, Toni and Christopher”.

“Thanks you for your words, for your thoughts”

In a statement, Metallica’s Lars Ulrich had this to say.

He also added, “What an honour to have known you, to have shared the stage with you and created next level memories, and ultimately to nave been included in the L.A. celebration of your life, which allowed us the opportunity to share with the world just how much your music and your brilliance meant to us”.

Speaking about the band’s infamous “Black Album”, guitarist Kirk Hammett said that Metallica had big plans for the album from day one. More on that here.

WATCH: The Killers Dedicate Their At-Home Performance Of “Caution” To Heroic...