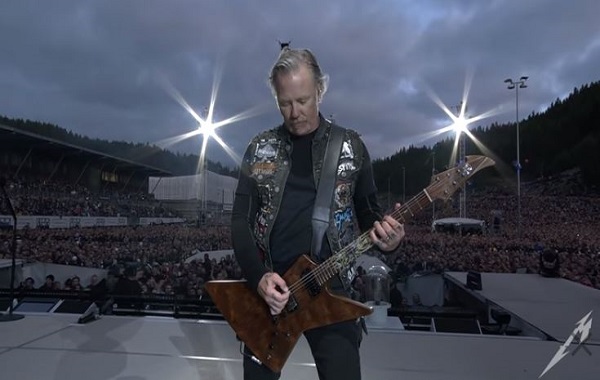 Metallica’s first-ever visit to the Norwegian city saw them play their entire show under the midnight sun.

Now the metallers have shared an official video of a rendition of their 1991 hit, “Enter Sandman”. The clip is from a July 13th show at Granasen in Trondheim, Norway.

The anthem was the lead single of the band’s eponymous record, commonly referred to as the “Black” album.

The set was the rockers’ first to top the US charts on its way to sales of 16 million in the States and more than 31 million worldwide.

Nova recently reported that the band are set to join forces with the San Francisco Symphony to open the new Chase Center on September 6th.

Two nights later, they will treat crowds with an exclusive show for fan club members at the same venue.

For those that can’t make it Metallica will screen S&M2 in more than 3,000 movie theatres around the world on October 9th.

According to the band, they will perform “several tracks from the original ’99 S&M release as well as symphonic versions of new songs released since then.”

Redbeard Celebrates 25 Years Of Metallica’s Load With James And Kirk...