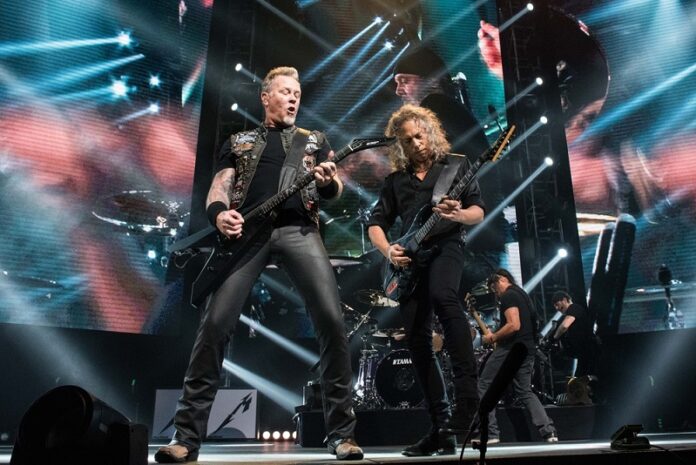 Metallica have shared the stream of their first ever live performance of their excellent classic song, “The Frayed Ends Of Sanity”. It’s the latest in their vintage track series of songs from their 1988 record, “…And Justice For All”. The series is ahead of the expanded 30th-anniversary reissue that is due to drop on November 2.

According to Antimusic, the video of the song was shot during the Sonisphere Festival at Hietaniemi in Helsinki. That was in Finland on May 28, 2014 and it’s one of only a handful of times the metallers have featured the song in their live show. Check out the video here

This is the first reissue with bassist Jason Newsted -and the record bagged No 6 on the US Billboard 200 selling more than 8 million copies in the country. A new 3CD package comprises of the remastered record and two discs of rough mixes, demos and live tracks as well as an expanded booklet that has unseen pics shot by Ross Halfin. .