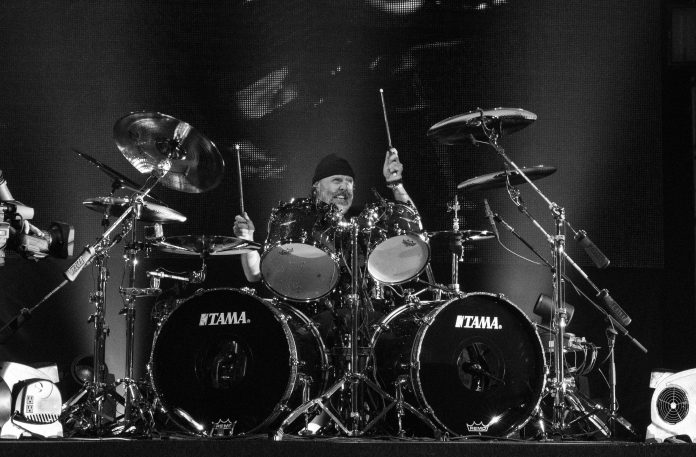 Metallica‘s Lars Ulrich has defended the band’s 2003 album ‘St Anger’ which has been criticized by fans for his lack of guitar solos, extended riffs and the thin drum sound.

In a recent interview on SiriusXm’s when asked if he stands behind the LP’s much-maligned snare sound, Lars said: “I stand behind it a hundred percent, because at that moment, that was the truth.

“Just my personality, I’m always just looking ahead, always thinking about the next thing. That’s just how I’m wired,” he continued.

“I hear ‘St. Anger’. That’s a pummeling and a half, and there’s a lot of incredible, raw energy, and it’s, like, ‘Woah!’ It’s been slapped around a little bit. But the snare thing, it was like a super-impulsive, momentary… We were working on a riff.

[James] Hetfield was playing a riff in the control room. And I ran up. I was, like, ‘I need to put a beat behind that.’ I ran into the tracking room and sat down and played a couple of beats over this riff to not lose the energy of the moment, and I forgot to turn the snare on. And then we were listening back to it, and I was, like, ‘Wow! That sound kind of fits that riff, and it sounds weirdly odd and kind of cool.’ And then I just kind of left the snare off for the rest of the sessions, more or less. And then it was, like, ‘Yeah, that’s cool. That’s different. That’ll fuck some people up. That sounds like that’s part of the pummeling,’ or whatever.

And then it becomes this huge, debated thing. And sometimes we’ll kind of sit on the sidelines and go, like, ‘Holy shit! We didn’t see that one coming,’ in terms of the issue that it turns into.”

Ulrich went on to say that he has no regrets about any of the production choices Metallica made throughout their career: “I’m proud of all of those decisions, because I know at that time, they were the truth and it was the instinctive and the right thing to do,” he said.

Congressional Gold Medal Could Be On The Horizon For Prince