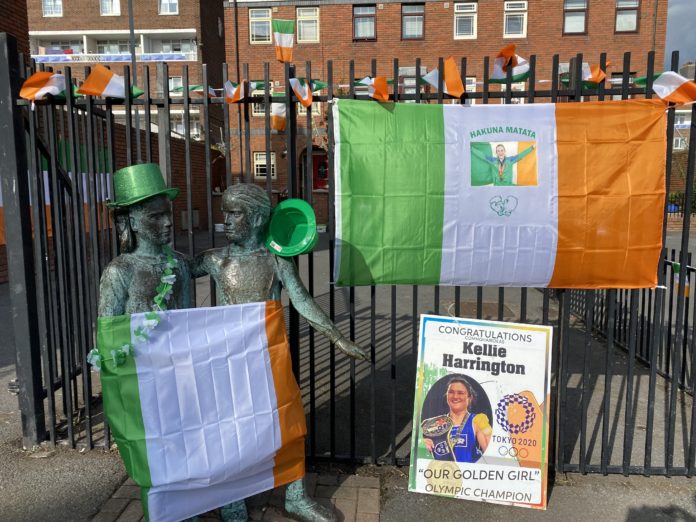 LISTEN TO THE FULL CHAT BELOW

Speaking to PJ Gallagher and Jim McCabe on Morning Glory the 1992 gold medalist offered some insights into what it takes to bring home a gold medal.

He was full of praise for how the Dubliner from Portland Row approached the fight, and the resilience she showed in fighting back after a first round loss to Beatriz Ferreira of Brazil.

Winning her gold medal on the anniversary of Carruth’s triumph in Barcelona was not the only similarity Harrington shares with him as Carruth revealed his mum was also too nervous to watch him compete at the games.

Meanwhile, Dublin City Council has congratulated Harrington on her wonderful achievement  and says it’s reviewing all contingencies to ensure she, her family and local community can celebrate her achievement in a covid-safe manner.

However, it says unfortunately there can be no formal civic reception for her.

A proposal has been submitted for Harrington to receive the freedom of Dublin city.

Local councillor and former Dublin City Mayor Nial Ring says it would be appropriate, as no boxer has currently been awarded the city’s highest honour.

US Judge Dismisses Lawsuit From An Accuser Of Michael Jackson