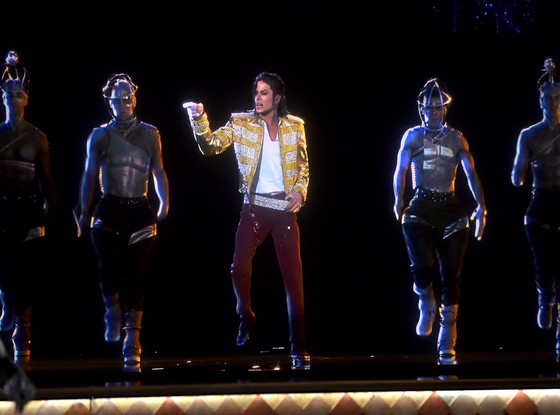 There was a mixed reaction this morning after Michael Jackson’s hologram performed at the American Billboard Awards last night (18 May) in Las Vegas. Many found the performance to be profoundly disturbing as a ‘lifelike’ digital rendition of the ‘King of Pop’ took to the stage and performed a dance routine. Others however, welcomed the tribute and argued that it was a fitting way to remember the late performer.

The deceased performer took to the stage ‘wearing’ a white and gold jacket and red trousers and performed the song ‘Slave to the Rhythm‘, which appears on Jackson’s current posthumous album ‘Xscape’. The album debuted at number one in the UK album charts last night.

If for some reason you are compelled to watch the performance you can view it here:

Liam Gallagher Has Finally Ended His Feud With Idris Elba