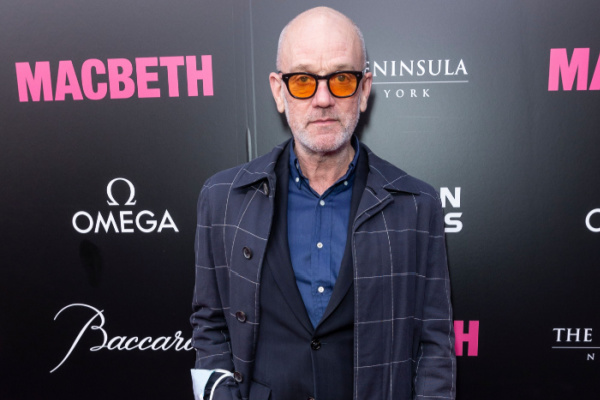 Michael Stipe is to release his first solo album next year.

He had previously released solo singles ‘Your Capricious Soul’  and ‘Drive to the Ocean’ in 2019 and 2020 respectively. Find out more here.

The former R.E.M lead singer confirmed this news, adding that next year will also see him release a new book, as well as an art exhibition.

On top of this, Stipe also announced plans for a new project which involved a “lot of singers”.

On this, Stipe said, “I’m doing something that I’m completely terrified of and not sure that I’m capable of,” he noted. “Actually, I know that I’m incapable, but I’ve started painting”.

“I’m collaborating with a bunch of different musicians, and each of those songs, if I get my way – which I think I will because I’m paying for it – will be very different”, he said.

Michael Stipe even elaborated on the sense of freedom he has as a solo artist, not bounded by a legal contract.

“I have no management. I have no label. For the first time in my adult life, I don’t have a contract with anyone except myself. So I get to do whatever I want”.

Stipe also added that “there will be a visual representation for each of the songs. … I’m hoping to build slowly”.

After R.E.M split up, Stipe did not envisage continuing to release music as an artist. But he did so, with a collaboration with electroclash duo Fischerspooner on their album, Sir, in 2018.

“When the band disbanded, I couldn’t imagine continuing with music, and it took five years before I could come back to the idea of it”.

On his 2018 collaboration, he added, “I’m still blown away at how good the material was that we worked with on that record,” he said. “And it established a long-standing working relationship with myself and producer Andy LeMaster, which is really important”.

Stipe also predicted that his first solo album should “come together next year”.

Such was the impact of R.E.M, that their 1991 album ‘Out Of Time’ featured on Radio Nova’s ’50 Albums That Changed Your Life’. Check that out right here!!

So, Liam And Noel Have Got Into The Christmas Spirit With...