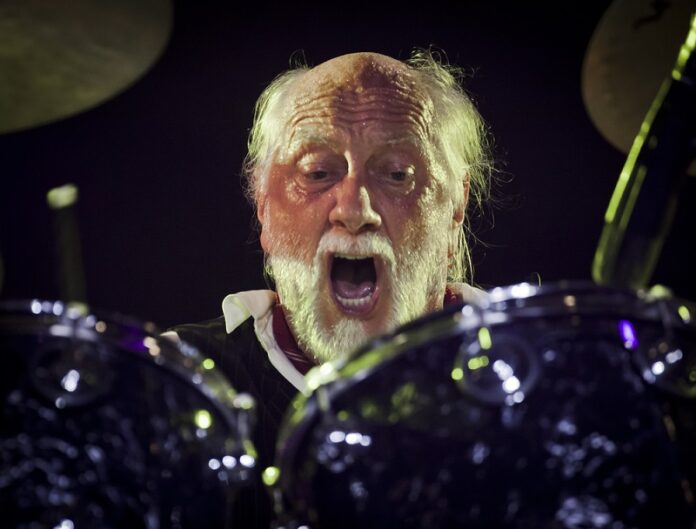 Mick Fleetwood has spoken out about the group’s upcoming autumn tour without their longstanding guitarist Lindsey Buckingham. The band announced the parting of the ways with Buckingham this past spring while drafting in Mike Campbell of Tom Petty & The Heartbreakers and Neil Finn of Crowded House to take over guitar duties for shows that will begin in Tulsa, OK on October 3rd.

Speaking to Rolling Stone, Fleetwood discussed how rehearsals were going, “We are a week into rehearsals and it’s going really well and we’re looking forward, in true Fleetwood Mac style,” explains the drummer. “We’re very excited. Obviously, this is a huge change with the advent of Lindsey Buckingham not being a part of Fleetwood Mac.

We all wish him well and all the rest of it. In truthful language, we just weren’t happy. And I’ll leave it at that in terms of the dynamic. And he’s going out on the road more or less the same time I think — not in the same places, I hope (laughs). If you know anything about the history of this band, it’s sort of peppered with this type of dramatic stuff.

Fleetwood explains. “It’s a strange band really. It’s ironic that we have a 50-year package coming out with all the old blues stuff with Peter Green, all the incarnations of Fleetwood Mac, which was not of course planned. But that’s what we’re feeling, especially myself and John, having been in Fleetwood Mac for 55 years. So it’s exciting, totally challenging in the whole creative part of it, and we’re really loving it. We’re just looking at a whole 18 months on-and-off of trekking around the world like we normally do and having it be fun.”