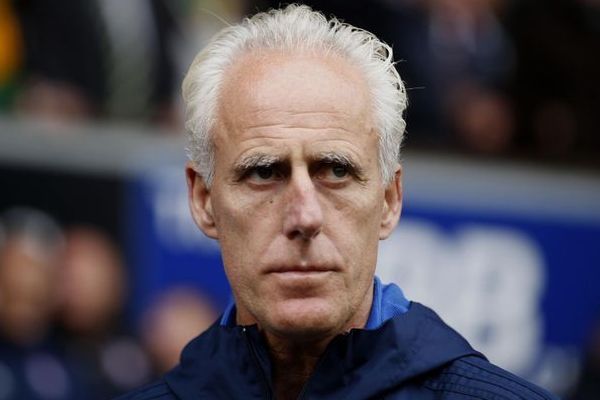 It’s reported that Mick McCarthy has agreed a deal to become the new manager of the Republic of Ireland.

The 59-year old met with F-A-I officials today including John Delaney, the FAI chief executive, as they sought to replace Martin O’Neill whose five-year tenure came to an end on Wednesday.

Awaiting confirmation, it would be McCarthy’s second spell in charge of the boys in green. The Barnsley born former defender been out of work since April, having left Championship club Ipswich Town, who are rock bottom of the Championship table.

The association are also reported to have met the only other serious candidate, Stephen Kenny, the Dundalk manager.

It is believed an announcement will made over the next 24 hours, including confirmation that Terry Connor will again operating as his assistant. Robbie Keane’s possible inclusion in the backroom team may not be confirmed immediately.

The FAI were eager to have a new manager in place ahead of the draw for the 2020 European Championships in Dublin on Sunday week.

Next year will have a busy schedule of 12 games scheduled between March and November. Ireland will be third seeds in their group, from which only the top two qualify for the finals.

Should they finish outside the top two, a potential backdoor route exists through the Nations League play-offs in March 2020. Dublin is one of 12 host cities for the pan-European showpiece.

McCarthy was always frontrunner after the FAI lost patience with Martin O’Neill, who was sacked on Wednesday after five years in the post.

Dundalk’s hugely successful Stephen Kenny was in the eyes of many a serious contender on the back of his achievements with Lilywhites, especially on the European stage.

The 47-year-old will have the option of filling the vacant Ireland Under-21 position but he like McCarthy, made clear his desire to fill the senior vacancy.

A key priority is a meeting with the hugely talented Declan Rice amid interest from England.

McCarthy previously held the role from 1996 until November 2002. He guided the boys in green to the World cup finals in 2002 in Japan and South Korea which were completely overshadowed by Roy Keane’s decision to leave the squad.