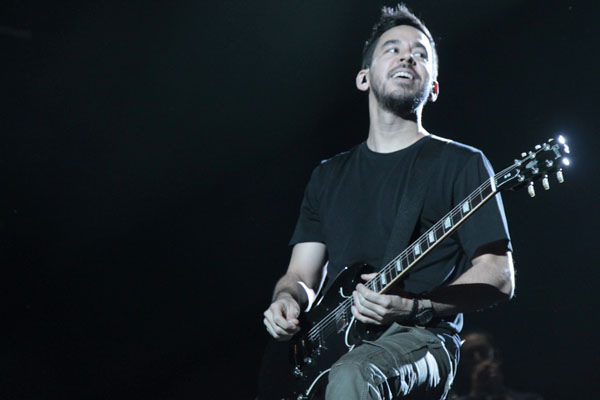 After the tragic death of Chester Bennington earlier this year, Linkin Park fans have wondered what would become of the band without their lead singer. And now founding member of Linkin Park, Mike Shinoda has spoken out about the future of the band. ‘I don’t know what we’re going to do, but we’ll figure it out eventually.’

He has confirmed that the band definitely won’t ever be using a hologram of Chester though. Shinoda was replying to a fan when he revealed that he is completely against the idea of a Chester hologram. The band created a tribute website so that fans could share their memories.

“I’ve actually heard other people outside the band suggest that and there’s absolutely no way… I can’t do a hologram Chester you guys, that would be the worst. For any of you guys who have lost a loved one, best friend, family member, can you imagine having a hologram of them? Awful. I can’t do it. I don’t know what we’re going to do, but we’ll figure it out eventually.” He said in response to a fan on Instagram live.

The band last performed at a tribute gig in October, which celebrated the life of Bennington, following his tragic death earlier this year. Check out the video below: