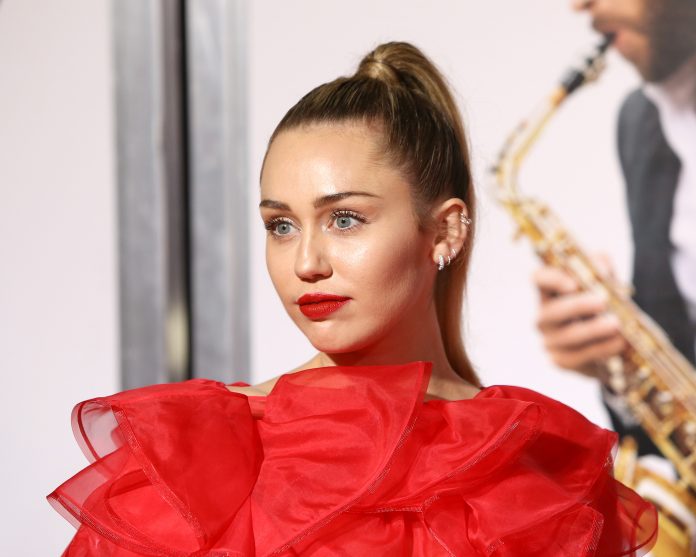 Fresh from her performance at Save Our Stages last weekend, Miley Cyrus has announced she is recording a Metallica cover album.

In a new interview with fashion designer Rick Owens, Cyrus tells him “We’ve been working on a Metallica cover album and I’m here working on that“. She went on to add “We’re so lucky to be able to continue to work on our art during all of this. At first, it felt uninspiring and now I’ve been totally ignited.”

This is not the first time Cyrus has covered Metallica. At her Glastonbury appearance in 2019, she and her band covered ‘Nothing Else Matters’. You can listen to that performance below.

Cyrus also impressed Metallica drummer at the Chris Cornell Tribute show. Cyrus was brought in as a last minute replacement and impressed many with her covers of Cornell’s track ‘Two Drink Minimum’ and Temple of The Dog’s song ‘Say Hello 2 Heaven’. Ulrich posted on his Instagram, “Miley, still stunned by your next level version of Say Hello 2 Heaven for Chris! Beyond inspiring.”

Along with this new Metallica cover album, Cyrus has another new album coming out. Next month sees the release of ‘She Is Miley Cyrus’. Speaking about the new album, Cyrus said “I think the first single (Midnight Sky) comes with a lot of pressure because it does kind of show everyone where you’re going. But again, in my sets, I cover Britney Spears to Metallica, so my record will be reflective of who I am, which is just kind of all different pieces of inspiration and influence.”

Many of the details like the exact release date, the track list and collaborators for the album have yet to be announced. However, Cyrus has confirmed that Billy Idol and Dua Lipa are to appear on the album. A track called ‘High’ featuring Mark Ronson is also included on the album.

Cyrus has been impressing the rock world recently. Along with her standout performance at the Chris Cornell tribute show last year, she also appeared at the Save Our Stages festival last weekend.

Playing to millions online from the Whiskey A Go-Go, Cyrus played her new single ‘Midnight Sky’. However, it was her performance of ‘Zombie’ by The Cranberries that had people talking. The Cranberries themselves, praised Cyrus for the cover. The band said that late front woman Dolores O’Riordan would be “very proud” and that the cover is one of the “finest” that The Cranberries have ever heard. For more information on this and to hear her cover, click here.

With these recent performances and praise from the rock world, anticipation is building for Cyrus new album. “I just thought again, you know, I should just kind of keep going with pop and go with what I know, but that’s not who I am, so again, I just went and started making a rock record” said Cyrus.