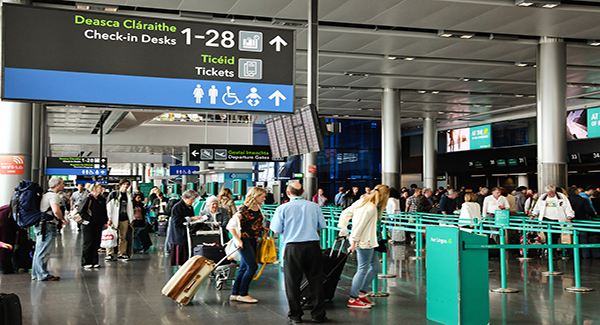 The ninth and largest ever tourism mission to China has gotten underway. 30 representatives from 24 enterprises from all over Ireland are taking part to boost the number of Chinese visitors here.

Companies such as the Guinness Storehouse, Titanic Belfast, the Giant’s Causeway, Newbridge Silverware Visitor Centre and the Griffin Hotel Group will be working together, selling the best of what the island of Ireland has to offer.

The Chinese are the biggest travellers in the world.

In 1998, the year the China National Tourism Administration began recording the number of outbound trips, around 8.43 million outbound trips were taken.

Our CEO @NiallGibbons welcomes Chinese travel professionals and our tourism partners from the island of Ireland to our 2018 China sales mission in Beijing pic.twitter.com/63MMuhnbq0

This year will see the introduction of the first direct flights from Ireland to Beijing and Hong Kong.

These will see more than 85,000 seats to Ireland available over the coming year.

Niall Gibbons, CEO of Tourism Ireland, hopes the flights will particularly benefit the numbers to be seen coming to Ireland from China.

Snow And Ice Warning For Most Of The Country

Fines For Breaking Covid Restrictions To Be Introduced