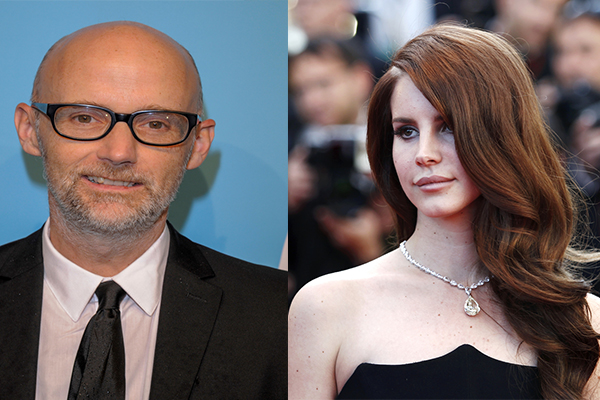 Moby has revealed some intimate details about his relationship with Lana Del Rey saying “She was beautiful, smart, and charming”.

The book called Then It Fell Apart, released this month is a follow-up to Porcelain from 2016. A quote via the NME about the book describes it as “a journey into the dark heart of fame and the demons that lurk beneath the bling and bluster of the celebrity lifestyle”.

The memoir is forthright and telling about Moby’s personal experience of promiscuity after he found fame and delves into some detail about the brief romance he had with Lana Del Rey.

“We’d kissed at the bar at 4 am, just as the place was closing, and I’d asked her to come home with me. She’d smiled and said no, she wouldn’t go home with me after just meeting me, but she would happily go on a date if I called her and asked her out.

At the time Moby was seeing a therapist who encouraged him to arrange to meet up with Lana, their first date was at a vegan macrobiotic restaurant in 2006.  In the book, he reflects on that first dinner date when Del Rey told him that she was a musician. He suggested she play something for him when they got back to his five-floor apartment.

Sure, do you have a piano?”
“Yes, back on the second floor,” I said.
“Floors in an apartment.” She shook her head. “Moby you know you’re the man.”
“Ha, thanks Ha, thanks,” I said
“No, not like that. You’re a rich WASP from Connecticut and you live in a five-level penthouse. You’re ‘The Man.’ As in, ‘stick it to The Man.’ As in the person they guillotine in the revolution.”
I didn’t know if she was insulting me but I decided to take it as a compliment.”

Del Rey who was known as Lizzy Grant at the time played the musician one of her early tracks during their evening together. After hearing Del Ray’s sing he asked her if she had a record deal. He described hearing the song as “haunting” and her voice as dark yet strong.

When he asked her if was going to release music under her real name, she replied, “I don’t know. When you say it like that it sounds kind of plain” He replied “I think it’s a nice name.” He describes how they started kissing right there next to her on the piano bench, she kissed him back but then stopped.

“I like you. But I hear you do this with a lot of people.”

I wanted to lie, to tell her that I didn’t, that I was chaste, sane, and ethical. But I said nothing.

I walked her downstairs to the twenty-ninth floor and kissed her good night at the bank of the elevators. This wasn’t how I imagined the night ending. I’d assumed that we would end up christening my new apartment with vodka and sex. But to my surprise, this was almost nicer.

Grant as Del Rey is mentioned again later in the book when he talks about his side-project Little Death. “Lizzie Grant, whom I’d tried dating a couple of years ago, was one of our original backup singers, but she left the group to pursue her own career as Lana Del Rey,” he said.