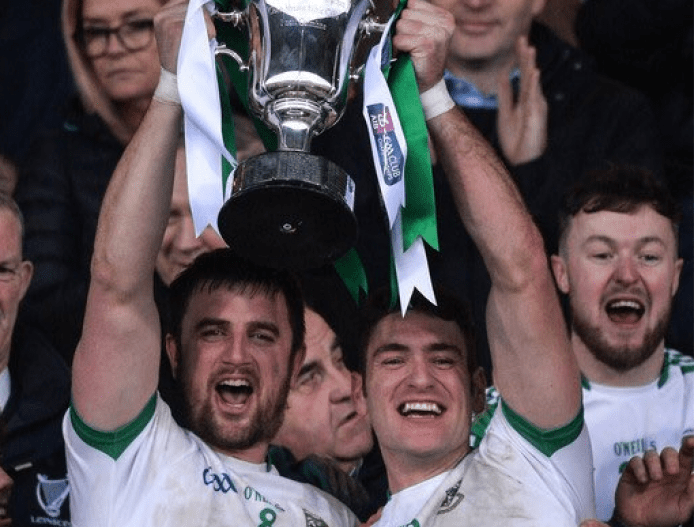 The Leinster Senior Club Football Championship ended amid high drama when Moorefield snatched a last gasp victory from the hands of St. Loman’s in Sunday’s final.

The game which took place in O’Moore Park, Portlaoise, saw scenes of jubilation and despair as Moorefield provided a massive shock comeback.

St. Loman’s went in at the break suffering a three point deficit, nonetheless, the Westmeath team came out battling in the second half leaving Moorefield perplexed as they went six points ahead with just one minute of normal time remaining.

However, it was the Mullingar team that went home without the silverware as a last ditch effort by Moorefield led to glory.

Being six points down didn’t diminish the hopes of the Kildare champions though as they put away 1-04 in a matter of minutes to claim the spoils.

With Ronan Sweeney nabbing a goal and three frees from Eanna O’Connor, it looked as though the game was headed for extra-time until another Moorefield free was brought forward for dissent.

While O’Connor didn’t point the winner at this stage, Sweeney kept the ball in play, finding Kevin Murnaghan who sealed the deal for the Newbridge club.

It’s just the second time in the club’s history to take the title, with their first Leinster win coming in 2006 when they pipped Offaly side, Rhode.

Argentina Through To The Knock Out Stages Of The World Cup