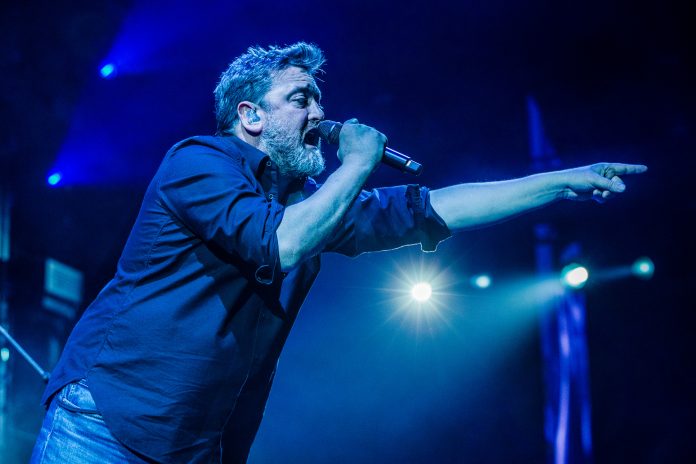 Now more acts have been announced…

Parisian DJ and committed digger JEREMY UNDERGROUND is regarded as a fine selector with a strong musical identity. Jeremy now carries his heavy bag of records across the globe, spreading his love for underground music. His sets are fast becoming the talk of the town, with music lovers travelling from country to country to experience his vibes.

George Evelyn, better known by his stage name NIGHTMARES ON WAX, the electronic music composer from Leeds, England, joins us for his first appearance at Forbidden Fruit Festival, with a DJ Set. His music is released on Warp Records and was one of the first releases on the label and has gone to release 8 studio albums.

Next up, prepare for some R&B and rap from Irish/London based musician BIIG PIIG aka Jess Smyth. With subtle undercurrents of jazz-tinged hip hop and witty lyrics, she first released her superbly titled EP, ‘Big Fan Of The Sesh’. This has since been followed up by last months release of her second EP, ‘A World Without Snooze Vol.2’. Here’s a little taster with her dreamy track ‘Vete’.

GLASSHOUSE make their anticipated return with a new arrangement of former Forbidden Fruit headliner Bon Iver’s exemplary albums For Emma, Forever Ago and Bon Iver. Expect rousing performances of these beautiful songs. Featuring an 11-person ensemble with choral accompaniment and striking visual installation, this is set to be an incredibly special performance. We bring you GLASSHOUSE PRESENTS HOLOCENE

TOUCAN is the brainchild of Waterford man Conor Clancy and the help of an explosive ten-piece funk-pop ensemble blasting out a blend of feel-good, heavy-on-the-brass, contagiously funky soul and pop music. With irresistible guitar licks, dazzling brass hooks, a tightly knit rhythm section and a silky-smooth vocal blend, the band serve up quite a sound. After releasing their debut single, We Fell for Miles and their debut EP, they’ve racked up over half a million Spotify streams.

JYELLOWL has quickly become one of the most exciting, intelligent artists on the Irish music scene. 2018 came to a riotous close with an Irish tour in support of R&B superstar Nelly, critical acclaim for hisBulletproof EP and two stunning shows at Other Voices in Dingle. Selected to be part of RTE 2FM Rising pick of the year’s best new artists plus a series of dates with The Game, 2019 is set to be a big year for the rapper, paving the way for his debut album in 2020.

While Cork’s HAPPYALONE are an outfit whose sound has been compared to Massive Attack and DJ Shadow, since they exploded onto the Irish music scene in 2018; their first single “colours” being championed by Spotify and going to Number 1 on the Irish Viral 50. They have since been nominated as Irish Times ‘New Artist of The Week’. Prepare to be lost in an ethereal soundscape with their blissful sonic textures.

Electronic duo PRYMARY COLOURS produce original beats with soulful vocals. They combine elements of the club scene with the ingredients of catchy pop, mixing genres such as House, Techno, Pop, Soul, Disco, 90s, Tribal and Latin. Their energetic live shows even incorporate dancers, hula hoopers, bubbles, confetti, other surprises thrown in – so all round this will be one memorable experience.

FIA MOON is an Irish singer/songwriter whose soulful, honest and heartfelt lyrics invoke names like Jhene Aiko, Banks and The Internet. Growing up in Dublin, Fia trained classically and began performing from the age of 5. She was heavily influenced by her parents who were also Jazz and classical musicians and grew up listening to the likes of Billie Holiday, Ella Fitzgerald and Norah Jones. Since her debut release, Fia has earned acclaim from the likes of CLASH, EARMILK and The Irish Times. Having just started her career, she has already been named as One To Watch by the Official Charts.

Everything You Need To Know About Travelling To Electric Picnic