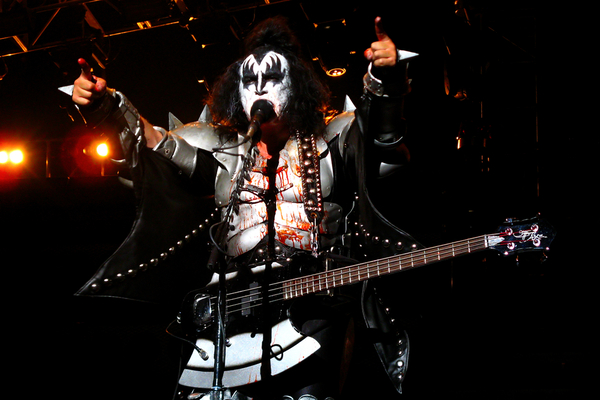 With the test result forcing KISS and their crew to self-isolate for 10 days, the band has had to postpone yet more tour dates.

Along with a show at Burgettstown, Pennsylvania that was postponed due to Stanley’s result, Simmons’ result has forced the band to postpone a further four shows at Clarkston, Michigan; Dayton, Ohio; Tinley Park, Illinois; and Milwaukee, Wisconsin.

KISS released the news to their fans via a statement on social media.

“KISS will postpone their next few tour dates,” the statement read. “While Paul Stanley recently tweeted that he had recovered from COVID-19, Gene Simmons has now tested positive and is experiencing mild symptoms. The band and crew will remain at home and isolate for the next ten days and doctors have indicated the tour should be able to resume on 9th September.”

News of when the postponed shows will be rescheduled has yet to be released.

“More information about show dates will be made available ASAP,” the band previously said upon receiving Stanley’s positive test result.

KISS had previously outlined how seriously they were committed to observing COVID protocols.

“Everyone on the entire tour, both band and crew, are fully vaccinated,” they confirmed. “The band and their crew have operated in a bubble independently to safeguard everyone as much as possible at each show and in between shows. The tour also has a COVID safety protocol officer on staff full-time that is ensuring everyone is closely following all CDC guidelines.”

Simmons has been one of the most outspoken supporters of vaccine mandates in the rock community.

“Should there be a mandate, which means a law, that you must get vaccinated? Yes, there should be,” Simmons said during a recent appearance on US radio.

Simmons had harsh words for those who refuse to take the vaccine.

“The idea that somebody says ‘it’s my body and my choice’ is so idiotic,” he said. “It is not your choice, it is not your body when you come to a red light in your car. You don’t have the right to go through it just ’cause you feel like it and ‘don’t tell me what to do.’ And here’s why: because the rest of the world goes on green and stops on red. Just ’cause you feel it’s your right doesn’t give you the right.