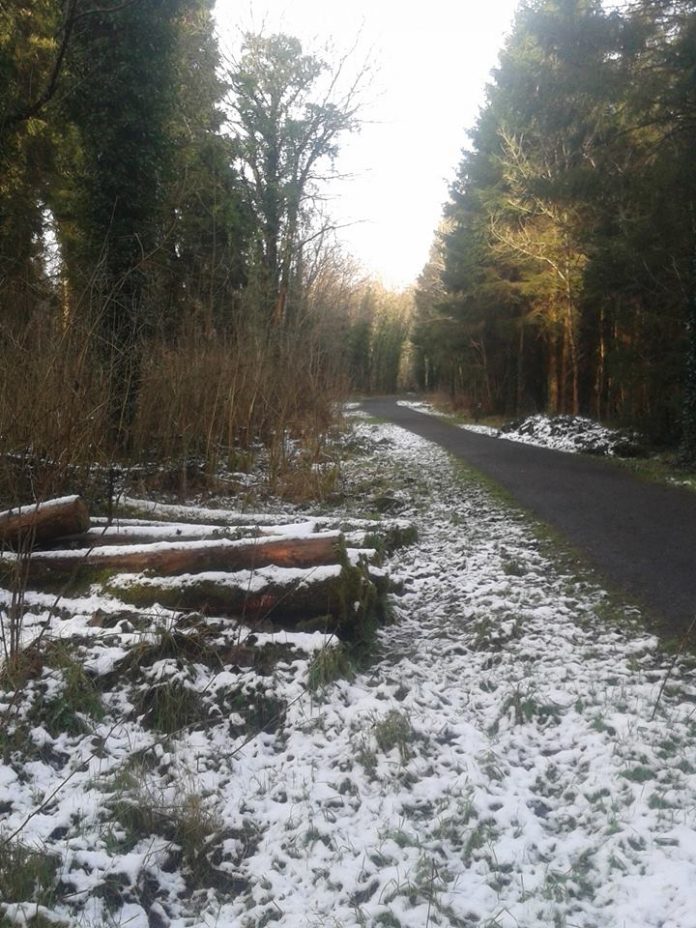 A Status Yellow snow and ice warning has been issued by Met Éireann with up to three centimetres of snow expected tomorrow evening.

The warning comes into effect from six o’clock tomorrow evening and remains in place until six o’clock on Tuesday morning.

Temperatures will fall to minus four degrees overnight tonight, with a widespread sharp or severe frost as well as the risk of ice on untreated surfaces.

It will be cold with variable cloud and some sunshine to begin with on Monday, with frosts only slowly clearing during the morning and just the risk of the odd light shower near the east coast. Cloud will thicken and rain will arrive in the Atlantic coastal counties during the afternoon, however. Daytime highs just 3 to 6 degrees Celsius in light east to southeast breezes.

The rain will extend eastwards to all parts on Monday night, turning to sleet and snow, with snow depositions likely over the midlands, north and east. Minimum temperatures of minus 2 to plus 2 degrees Celsius, but less cold in the west before midnight. Light to moderate south to southwest breezes veering northwest and freshening as the rain and snow clears.