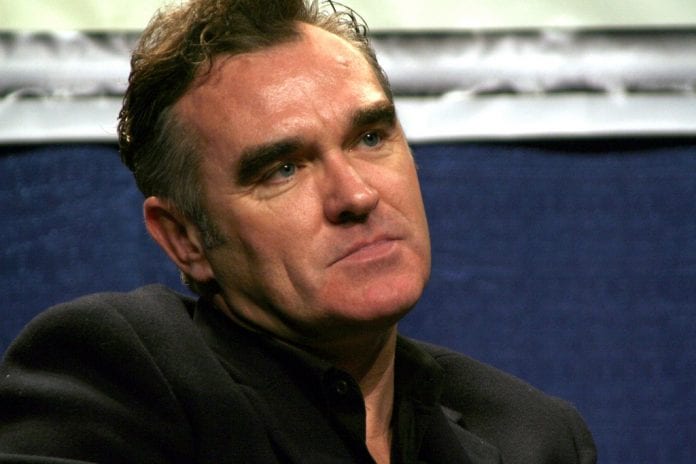 Morrissey has declared that he won’t be doing any more print interviews after the comments he made regarding Kevin Spacey sparked a lot of controversy recently.

The former Smiths frontman appeared to defend Spacey, claiming he had been ‘attacked unnecessarily’ over the recent sexual assault allegations.

Morrissey was speaking to German magazine, ‘Der Spiegel‘ when he made the now infamous remarks about Spacey.

“As far as I know, he was in a bedroom with a 14-year-old. Kevin Spacey was 26, boy 14. One wonders where the boy’s parents were. One wonders if the boy did not know what would happen.”

“I do not know about you, but in my youth I have never been in situations like this. Never. I was always aware of what could happen. When you are in somebody’s bedroom, you have to be aware of where that can lead to. That’s why it does not sound very credible to me. It seems to me that Spacey has been attacked unnecessarily.”

Low In High School is yours in 2 DAYS. pic.twitter.com/fSiD46QeRI

Furthermore speaking to The Times at a later date, he said that sexual harassment could actually be ‘a pathetic attempt at courtship’.

“You must be careful as far as ‘sexual harassment’ is concerned because often it can be just a pathetic attempt at courtship”, he affirmed.

When later asked to clarify his comments, he added: “I’m sure it’s horrific, but we have to keep everything in proportion. Do you not agree? I have never been sexually harassed, I might add.”

He performed at the Riviera Theatre in Chicago last Saturday, November 25th, where he denied that he said the original scandalous comments about Spacey.

He told the audience: “I did an interview a couple of weeks ago for a German newspaper and, of course, let me just say this: That was the last print interview I will ever do.” He went on to say: “Unless you see the words form in my mouth and then you see or hear the words come out of my mouth… please, if you don’t see that, I didn’t say them.”

David Crosby Blazes Up And Tweet Rants His Dislike Of The...