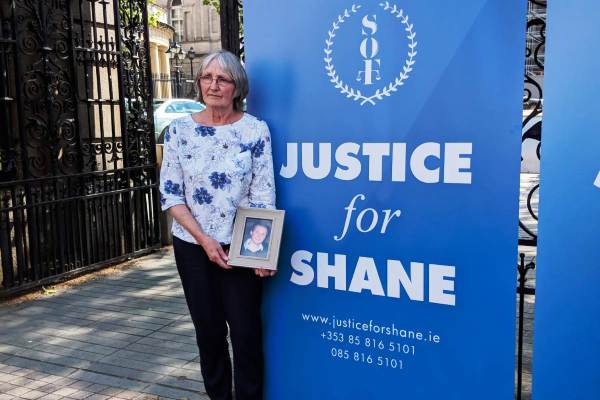 The mother of a young man, who was killed in a hit and run in Co. Monaghan, says her son deserves justice.

23 year old Shane O’Farrell was out cycling near Carrickmacross when he was knocked down seven years ago.

There are calls for a public inquiry into the death of the law student in Monaghan in 2011. The driver was on bail for a number of offences at the time –mainly heroin possession and theft.

It later emerged that the driver – Lithuanian national Zigimantas Gridziuska – was on bail for a number of offences.

The O’Farrell family has been involved in a long campaign for justice in the years since. Mr Gridziuska was on bail for offences including heroin possession, theft and handling stolen goods.

Shane’s mother Lucia wants a public inquiry into the garda handling of the case.

“Shane was our only son; he was deeply loved and is deeply loved,” she said. “He had thousands of friends; everyone loved Shane.

“It would be a massive betrayal to Shane not to do what we are doing.

“He deserves accountability. he deserves people to be held to account for their failure to him.”

Garda Ombudsman issue a clarification on update report into the investigation into the death of the late Shane O’Farrell:

The investigation into complaints made to GSOC by the family of the late Shane O’Farrell is ongoing. The report provided to the O’Farrell family was pursuant to s.103 of the Garda Síochána Act 2005 by way of an update at the completion of one phase of the investigative process.

Under the present legislative framework GSOC is unable to conduct criminal and disciplinary investigations at the same time.