One Motley Crue fan got a little too friendly with the band during their Saturday night (May 4) concert in Canada. Towards the end of the band’s set in Estevan, Saskatchewan, a man jumped onto the stage, banged into guitarist Mick Mars knocking him over and gripped onto singer Vince Neil, reports The Moose Jaw Times Herald. Security quickly removed the man from the stage. Audience member jumps onstage during during recent Motley Crue show.

Motley Crue apparently exited the stage before returning back to finish the set, with Neil telling the audience, “We might be back.”

Mars went to Twitter to tell his fans that he’s okay and thank them for their concern. His bodyguard, however, is not okay. Here’s his tweet regarding the incident:

Thank all of you for your concerns about me being knocked down last night I’m alright nothing broken. My body guard Rhyno got 2 busted ribs

Hopefully both Mars and his bodyguard will fully recover by the time the band opens their two-week residency at the Joint in the Hard Rock Hotel in Las Vegas this fall. The stint, which is their second Las Vegas residency, runs from Sept. 18 through Oct. 6. Bass player Nikki Sixx says to expect “a brand new show that will be unlike anything you’ve ever seen Motley Crue do before,” according to a statement. For more details, head to the band’s official website.

Pearl Jam Have Confirmed The Tracklist For New Album ‘Gigaton’ 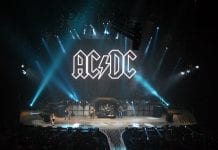 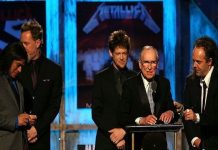 Check Out This Unusual Cover Of Van Halen’s Panama!