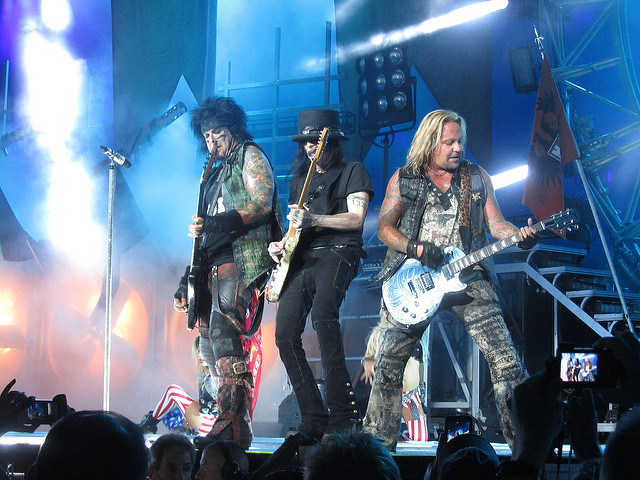 Motley Crue are reportedly being sued over merchandise sold on their Final Tour.

Photographers Neil Zlozower and Barry Levine claim the group have used images taken by them back in 80’s without their permission.

They claim the images have been used on the groups official website and on various items at several concert venues during their farewell tour which wrapped up on New Years Eve of 2015.

A lawsuit was lodged at a US District Court in New York yesterday, which estimates €76 million has been made from the tour. It reads:

Zlozower and Levine are seeking profits from the merchandise featuring their images alongside damages and legal fees.

The band have yet to comment on the matter.