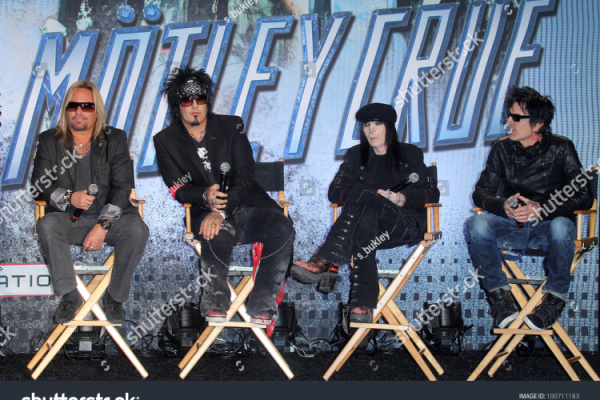 Motley Crue’s Stadium Tour has been delayed due to severe weather.

Having watched the likes of Joan Jett, Def Leppard, Classless Act and Poison complete their sets at Washington’s, DC, many fans had left the stadium by the Motley Crue took to the stage as the weather forced a 90 minute delay.

“The Stadium Tour has been paused due to severe weather in the area. Please take cover under the concourse as storms are approaching. We are monitoring the situation and will update you as soon as information becomes available”, the stadium tweeted.

ATTN: The Stadium Tour has been paused due to severe weather in the area. Please take cover under the concourse as storms are approaching. We are monitoring the situation and will update you as soon as information becomes available.

The organisation had earlier warned that the show may be affected by the adverse weather.

“This is a rain or shine event. We will continue to monitor weather patterns. In the event of severe weather, we will post on social media with the latest updates”, they said.

This also led to confusion among many Motley Crue fans.

One fan wrote, “Wish we were given better information. Nats staffers said the weather has to be clear for 45 minutes and that DC has 11pm noise ordinance deadline. Motley won’t be on tonight you can go home is what the staffers told us. Come to find out Motley Crue did perform”.

However, those fans that stayed saw Motley Crue perform a set which featured drummer Tommy Lee on four songs.

Lee’s appearances with the band have been limited, after he broke four ribs following a fall two weeks ago.

Lee has been easing his way back into the Motley Crue fold, playing four songs here and five tracks there, including the band’s shows at Atlanta and Miami Gardens as part of this tour.

Such tracks have included Shout At The Devil, Wilde Side, and Too Fast For Love.

Motley Crue’s next gig sees the band take to the stage at Queens’ Citi Field in New York on June 24.

Back in January, it was confirmed that Motley Crue were among the top earners for 2021, along side Red Hot Chili Peppers. More on that here.

Cure Your Midweek Blues – Hallymusic Plays In The Workman’s Club...

Podcast: This Week In Music History – August 16th to 20th