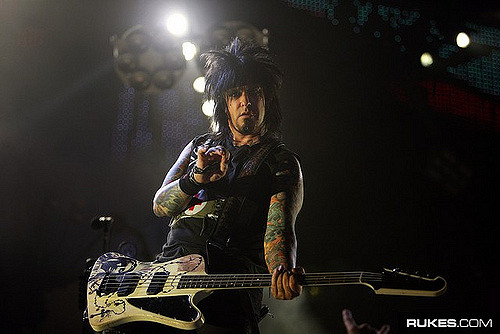 Nikki Sixx has said that he would not discuss Donald Trump on stage as “We don’t feel that’s right for us. It doesn’t mean it’s not right for somebody else”.

Sixx, who is currently touring North America with DJ Ashba and James Michael as part of band Sixx:A.M., has managed to avoid speaking about the controversial election throughout the tour.

The Motley Crue musician discussed their decision with NME and said “We have our beliefs and inside of our own camp it’s not 100% all one way or another. We don’t really feel it’s necessarily something you want to stop in the middle of a rock show and say.” He continued, “I’ve been quite vocal on my socials – I’m also very sarcastic most of the time so I think people know where I stand, but, in America especially, we’re very divided. To have a fan feel that they have to choose their music because of the person they voted for, that is not fair to the music.”

Sixx also said recently that while he feels“disengaged” from the recent elections and debates in the US, he understands that it will affect him, “Some of the decisions that will be made will obviously impact me and my family, my children, and my friends, and my country, and other countries’ lives. At this exact moment, I guess I get to live a little bit in a bubble. I’m on the road with my best friends, we’re… releasing a new record, and every night we play it’s a lot of fun for us because we enjoy the challenge.”