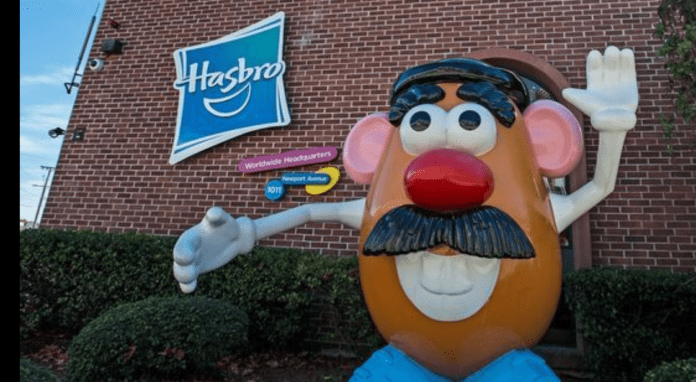 American multinational, Hasbro has confirmed the Mr Potato Head will be known as Potato Head from now on.

Hasbro who were behind the potato shaped toy, announced they are giving it a “modern makeover” and make it gender-neutral.

The Mr Potato Head toys have been around since 1952. Back in a time where families had to provide their own actual potato to play with it. They also had to add their plastic hands, eyes and feet as well as other accessories to the spud.

Mrs Potato Head then arrived with her feminised plastic pieces in the kit. This also included handbags and high heels as well as Mr Potato Head family sets.

Even now, it is clearly still changing.

Hasbro confirmed they will give a “modern makeover”, by making the toy gender-neutral.

In a bid to breakway from “gender norms”, the toy will drop the “Mr” and “Mrs”, renaming it “Potato Head”. The name change will appear on boxes later this year.

Kimberly Boyd who works on the brand for Hasbro, explained that the company is giving the toy a makeover as they want to stop leaning so heavily into “traditional family structure”.

Hasbro will also be selling Potato Head boxed sets that do not present the “traditional” family structure.

Boyd said,“Culture has evolved. Kids want to be able to represent their own experiences”.

“The way the brand currently exists – with the ‘Mr.’ and ‘Mrs.’, is limiting when it comes to both gender identity and family structure”.

Kimberly and co will be hoping this change will provide children with the ability to create Potato Head families without imposing limits on gender identities.

They hope that children will be allowed to express their own ideas and dress them, in whatever way feels natural to them.

The company itself also stated, “Hasbro is making sure all feel welcome in the Potato Head world by officially dropping the Mr. from the Mr. Potato Head brand name and logo to promote gender equality and inclusion”.

A new trend in toys

Mr Potato Head is not the first toy to receive this “modern makeover” over the last few years.

Last year, Barbie launched a fashionista range. This range included a doll with no hair, one with vitiligo, another one with a prosthetic limb and another doll in a wheelchair.

A spokesperson for the LGBTQ advocacy group GLAAD, Rich Ferraro said in a statement, “By offering a toy that exists outside of the binary of male and female, Hasbro is helping kids to simply see toys as toys, which encourages them to be their authentic selves outside of the pressures of traditional gender norms”.