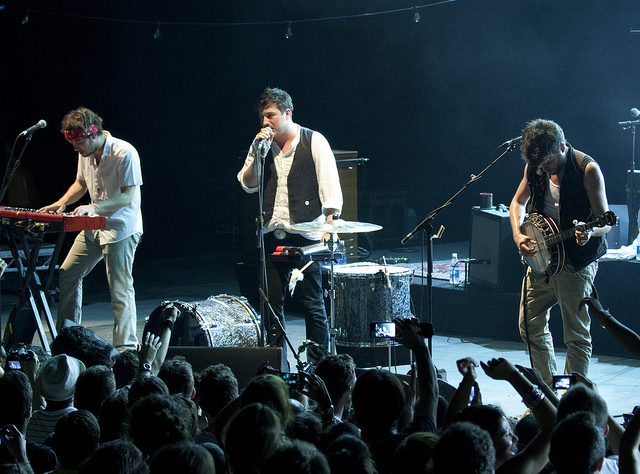 Some lucky Mumford & Sons’ fans were treated to a sneak preview of tracks from their new album entitled Wilder Mind at a London gig last night.

This will be the third album for Munford & Sons who played 11 tracks off the new album due for release this May.

Some more lucky fans will get to hear the new album again tonight as the band return for a second night in Oslo, Hackney London.