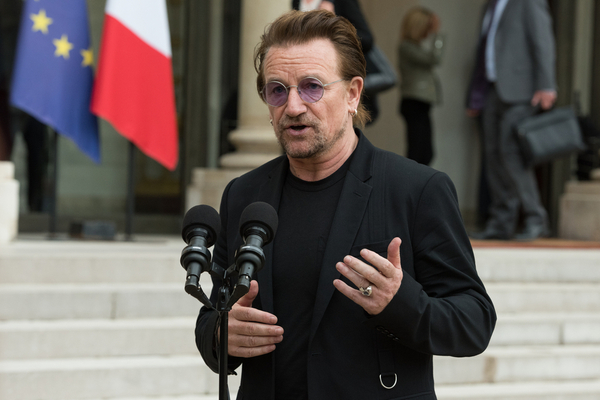 An Irish music making programme backed by Bono and U2 is under investigation as a review of public funding has come under questioning. Since its launch in 2010, the Music Generation programme has received millions of euros in funding from U2.

Teaching children how to perform and play musical instruments, the programme has also received more than €15 million from the Government in the last five years. The Department of Education is currently seeking a prospective independent reviewer to assess the use of public funding for the programme.

Alongside the Ireland Funds philanthropy network, U2 have donated millions of euros in funding since the programme’s inauguration. Over the last few years, Music Generation has undergone a significant expansion, with plans to further expand into other countries and locations in the coming years.

Published by the Department of Education, a tendering document has reported that the review will “consider the contextual role of philanthropy and inputs from other stakeholders and funders towards achieving the overall objectives of the Music Generation programme”.

It also states that the review should ultimately “address whether there is effective use of funds and value achieved in how they are applied, whether this is the optimal use of resources and providing, to the extent possible, a comparison of the benefits and costs of the intervention”.

According to a spokesperson for the Department of Education, it has been confirmed that the body is currently tendering for an independent reviewer. The Department have revealed that there has not been a review of Ireland’s local music education partnership model since 2007.

“Given the expansion of the activities of Music Generation and the increased funding from the Department of Education to the Music Generation programme over the past number of years, it is timely that a further independent evaluation should now take place,” the spokesperson said.

“The review, similar to other reviews of Exchequer-funded programmes, will determine how the Department of Education public funding of Music Generation is spent and utilised, and whether it is the optimal approach to achieving the objectives of the programme.”

According to the spokesperson, various people and groups will be asked to contribute to the review, including the Irish rock band. A spokesperson for Music Generation told the PA news agency that they “are aware of the evaluation process.”