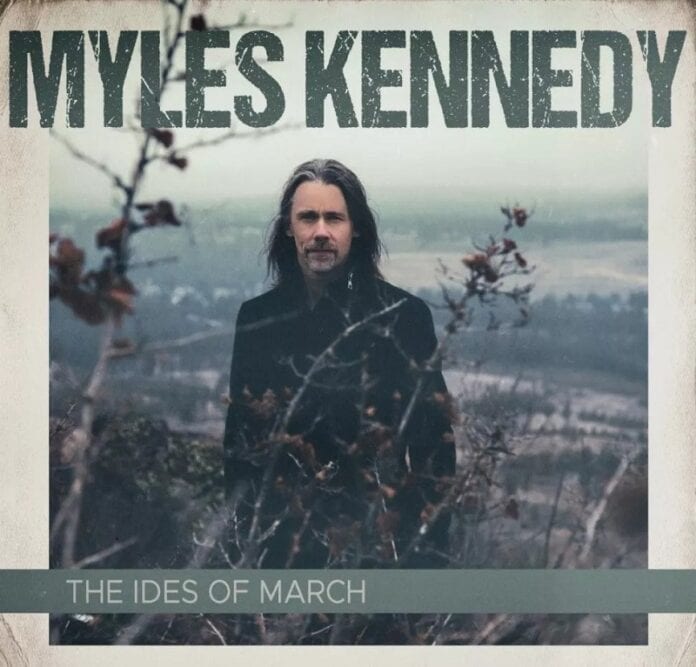 Myles Kennedy has released the second single from his upcoming solo album, the title track, ‘The Ides of March’.

The new single is an eight-minute epic and you can check it out below.

Speaking about the creative process behind the song, Kennedy said:

“Written quickly one night after having a few drinks, it was an attempt, to sum up what so many of us felt during the beginning of the pandemic. We were bored, frustrated, and self-medicating to avoid going stir crazy.

“What I like about the narrative, is it pushes the idea that if everything is going to hell, at least try and do it in a celebratory fashion.”

Myles Kennedy’s second solo album, ‘The Ides of March’ will be released on May 14 via Napalm Records.

The new album will be available in a variety of formats, including CD, vinyl, limited-edition coloured vinyl and, digital and streaming platforms. You can pre-order the new record here.

The first single, ‘In Stride’ was released last month and you can check it out here.

In an interview with Download TV last year, Kennedy offered fans a glimpse of what to expect from his new album.

“It’s definitely a little more plugged in, as far as the overall approach. ‘Year Of The Tiger’ (his first solo album) leans heavily on the acoustic side of things and definitely has a blues vibe.

“This continues in the sense that this is my opportunity to venture more into the more bluesy realm – especially as a guitar player. With that said, it’s a little louder – it’s much more plugged in. It rocks a little harder and there’s going to be a lot of guitar silliness on it. So I’m excited.”

The Ides of March tracklist