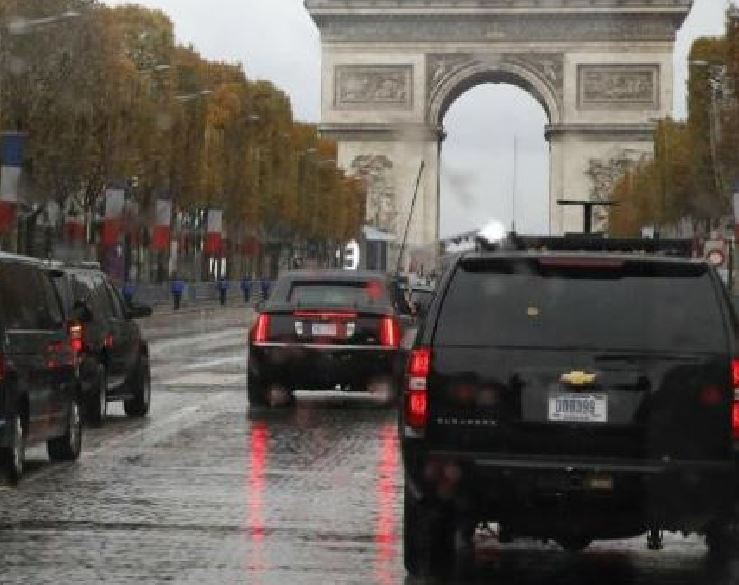 A topless woman ran at President Donald Trump’s motorcade as he was in transit to the Arc de Triomphe. The president was attending a ceremony honouring the 100th anniversary of the last days of World War One.

The female protester had slogans written on her chest that included the words “Fake” French Authorities physically detained the women and the motorcade completed the journey uninterrupted.

President Trump is one of many of leaders in attendance at the centennial anniversary ceremony. The feminist activist group entitled Femen later claimed responsibility for the topless protesters.

Water Cut Off In West Dublin After Lightning Strikes At Pumps