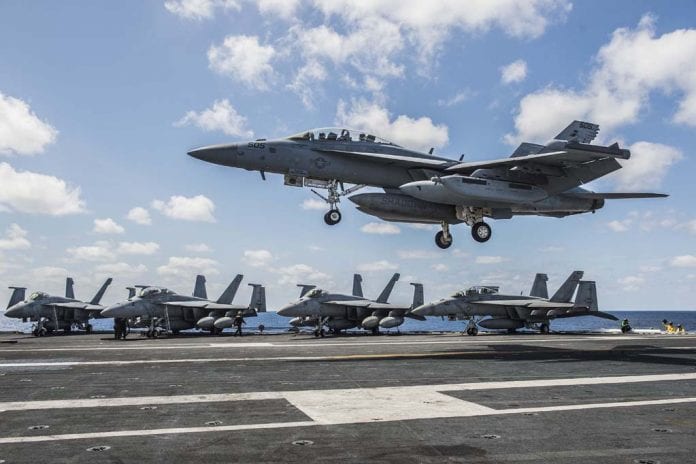 The U.S. Navy are conducting a full investigation following the appearance of a penis in the sky.

Residents of Washington state were treated to the view on Thursday, when an airplane exhaust created a a cartoon cloud of the male genitalia.

The airplane was in fact a Navy EA-18G Growler jet.

The image was seen sketched over the Okanogan Highlands, with several photographs later shared on social media by onlookers.

According to the Washington Post, a full Navy investigation is set to take place with a senior officer promising to examine the issue fully and respond in due course.

The most monumental thing to happen in omak. A penis in the sky pic.twitter.com/SM8k1tNYaj

While the aircrew have not yet been identified, a senior officer commented: “The American people rightfully expect that those who wear the Wings of Gold exhibit a level of maturity commensurate with the missions and aircraft with which they’ve been entrusted.”

In a statement released by the service, it was revealed: “Naval aviation continually strives to foster an environment of dignity and respect.”

“Sophomoric and immature antics of a sexual nature have no place in Naval aviation today.”

Rave Reviews For Love/Hate’s Barry Keoghan For His New Role In...