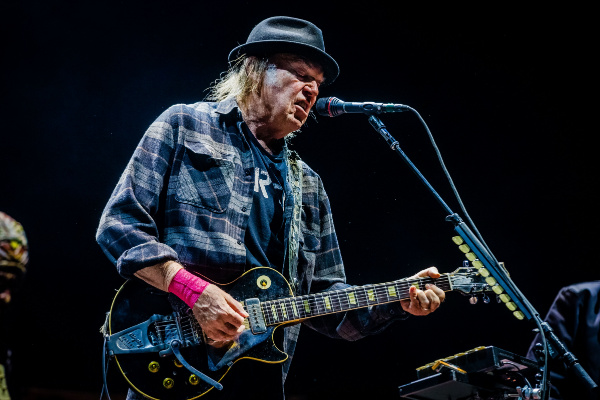 Neil Young has hinted that he might retire soon, ruling out the possibility of any sustainable touring anytime soon.

Earlier this year, Neil Young stated that he was not ready to perform live for the moment. More on this here.

Since then, the singer has insisted that he will not perform at any venues offering factory-farmed food to music fans.

Adding that retirement “doesn’t seem out of the realm of possibility”,. Neil Young also told the New York Reporter. “That could happen. You get to a point in life where things are happening everywhere around you, and your friends are going away and not coming back. Things change”.

“long time for me to wait”

Despite not touring, the past year has seen Neil Young release two albums Barn and World Record.

While he prefers to release them on vinyl, the country singer has admitted his increased frustration over the manufacturing delays.

“We finished recording [World Record] toward the end of May. That’s six months ago. That’s a long time for me to wait. I’ve never waited that long to put out a record”, Young revealed.

“Because the record companies in their ultimate wisdom, seeing what a great thing digital was, they sold all the places where they made records. Now people want records and they haven’t got a facility to make them in, so it takes months and months and months to get vinyl”.

Elsewhere, Neil Young also mentioned an approach that other acts could take to touring.

“Once it’s up and going, and I’m finished with my part of the tour, there’s no reason why the tour has to stop”, Young explained.

“The tour can keep on going with another headliner. It’s about sustainability and renewability in the future, loving Earth for what it is. We want to do the right thing. That’s kind of the idea”.