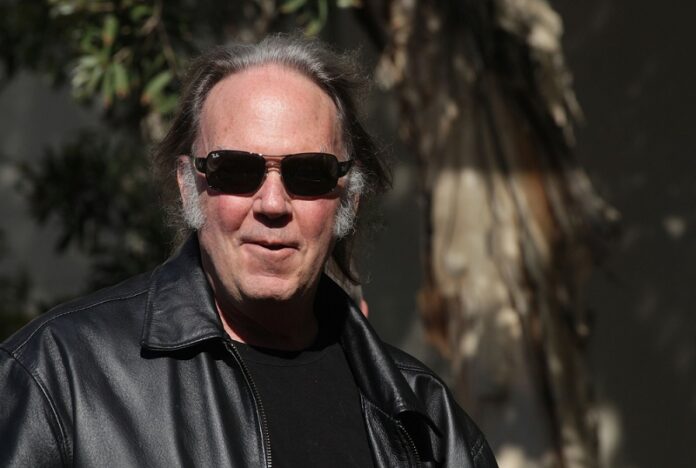 Neil Young is the latest musician to sell off song rights in a deal reported to be worth an estimated €122 million with Hipgnosis Song Fund.

Hipgnosis are said to have bought the rights to 1,180 songs by Young in the deal. It was revealed earlier this week that former Fleetwood Mac member Lindsey Buckingham had sold the rights to his songs to the fund, as well as Jimmy Lovine.

“I bought my first Neil Young album aged seven. ‘Harvest’ was my companion and I know every note, every word, every pause and silence intimately.”

He went on to add “Neil Young, or at least his music, has been my friend and constant ever since.”

“It now turns out logical for Hipgnosis to partner with Neil to ensure his incredible songs reach all corners of the earth.”

“I built Hipgnosis to be a company Neil would want to be a part of. We have a common integrity, ethos and passion born out of a belief in music and these important songs. There will never be a ‘Burger Of Gold’ but we will work together to make sure everyone gets to hear them on Neil’s terms.”

The company is famed for turning royalties into a constant steady income stream. Hipgnosis make money every time one of its songs is played on the radio or featured in a film or TV show.

Before creating Hipgnosis, Mercuriadis was known for working with some of the biggest acts in the music industry such as Beyoncé, Elton John, Iron Maiden and Guns ‘N’ Roses.

Hipgnosis have acquired song rights from Blondie, 50 Cent and also purchased a portfolio from Kobalt that includes music by Fleetwood Mac, Beyoncé and many more.

More and more musicians are selling off the rights to their songs recently. The pandemic and the disparity in streaming income from the likes of Spotify have forced musicians to do this. Bob Dylan sold the rights of his entire back catalogue last year in a deal worth $300 million dollars.

Brian May Admits Queen Were Always On The Edge Of Breaking...