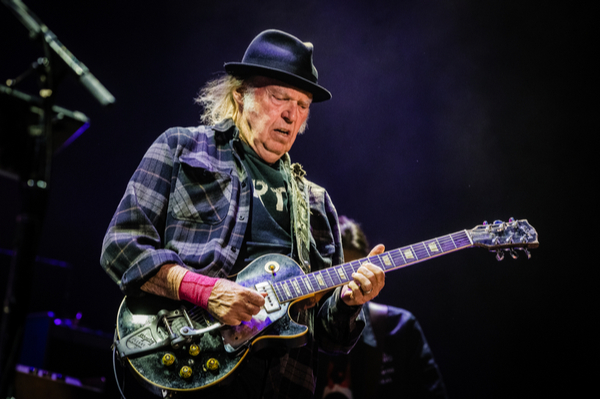 Neil Young has announced the release of a collection of demos called “Summer Songs”.

These songs were first recorded in 1987, however Young has said that he does not remember putting these demos together.

A release date has yet to be officialy confirmed, but it looks like the tracks will be used on an upcoming Neil Young album  ‘Neil Young Archives Volume III’. They could be even used as a “separate Archive album before that”.

You can also check out the list of songs below.

Demos Recorded In Studio “as far as we can figure”

Folk rock legend, Neil Young had explained how these “Summer Songs” were recorded to the best of his knowledge.

He said that the songs have the same date beside them when they were discovered recently. He added that “they all have a very similar unique sound”.

Referring to the series of concerts that he performed from that decade, including the 1985 Farm Aid, Young also added, “To give you an idea of place and time, Farm Aid and the Bridge School Concerts had just begun their long runs”.

Neil Young did insist that these songs were recorded in his studio “as far as we can figure”. He claimed that he has no memory of these recording sessions whatsoever.

However, these tracks were used in later albums, from the career defining “Freedom” in 1989 to 2012’s “Psychadelic Pill”.

Young added that these demos also offer lyrics that are “significantly different from their subsequent master album releases”.

On top of this, Neil Young also wrote, “It is a beautiful listen, created over a short period of time, that influenced four albums”.

Despite his lack of clarity over the recordings themselves, Neil did insist that research is being carried out to “completely verify the recording history”.

The tracklist for “Summer Songs” is as follows.

The latest album from Neil Young and Crazy Horse is out on December 10.