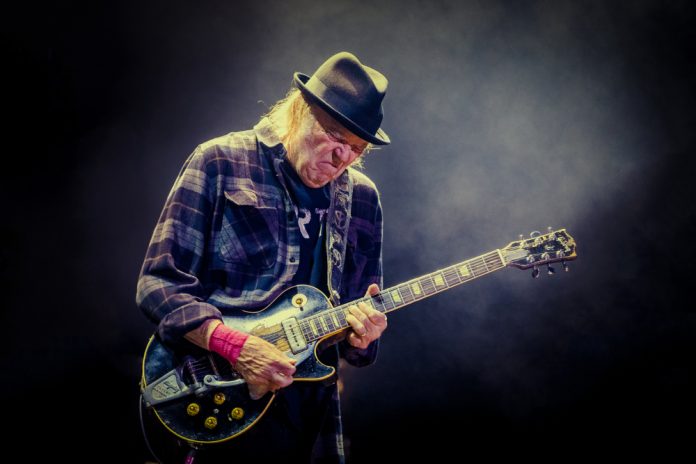 For the past four years Trump has been playing Young’s “Rockin’ in the Free World” at his political rallies.

“I am changing my mind about suing President Trump,”

“Reconsidering. I’m looking at it again. There is a long history to consider and I originally considered it, deciding not to pursue. But then President Trump ordered thugs in uniform onto our streets. His idea. He ordered it himself. This all DJT.”

“Trump has no respect for our military,” he continues.

“They are now to be used on the streets of America against law-abiding citizens for a political charade orchestrated by a challenged president…These are thugs with no IDs shooting Americans on the streets. They are not our police. Our police should arrest these untrained thugs for breaking our laws.”

“Imagine what it feels like to hear ‘Rockin’ in the Free World’ after this president speaks, like it is his theme song,” he continued. “I did not write it for that.”

Neil Young is among a number of musicians who has asked Trump not to use their music including: The Rolling Stones, Nickelback, Bruce Springsteen, Tom Petty’s Estate, Elton John,  Linkin Park and many more.

The Kinks Are Getting Back Together To Make A New Album!

Video: Sting and Shaggy Performed At The Queen’s Birthday Party