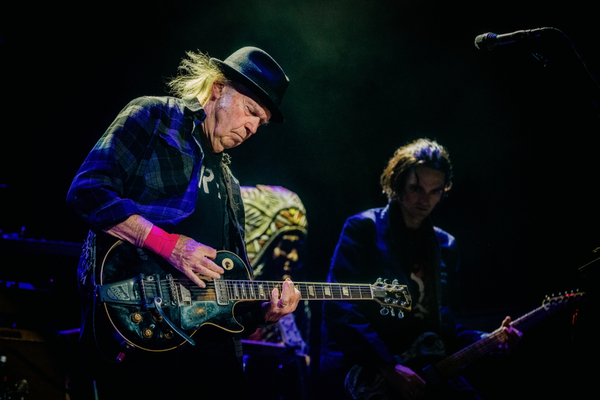 Neil Young will not return to touring until Covid is “beat”.

The country singer also blasted anti-vaxxers, “People are not being realistic and they’re not being scientific. If we followed the rules of science, and everybody got vaccinated, We’d have a lot better chance”.

The Crazy Horse singer also said that he is grateful that “we might be able to beat this”.

“There’s no reason why we can’t. If we came together, we could take care of this. And I have confidence that we can”, he continued.

“We got a lot of smart people in the world with a lot of great ideas. And the more love there is in the world, the more we’re gonna hear those ideas. We’re gonna make this happen”.

Last week, Neil Young had also confirmed that he is “already planning” a follow up to his recent LP “Barn”.

Following the release of Barn in October, Neil Young also added, “I’m already planning another record. I just can’t figure out where to do it. But we’re working on that and we will figure it out. We’ll go back in the studio pretty soon”.

Young also put his desire to still produce new material down to four very simple words from the English language.

He also added, “If you see the reactions that people are having to a song like ‘Welcome Back,’ that’s why we do this. It gets at people’s souls”.

What else had he to say? Find out more from Nova’s report here.

Corden Recalls McCartney’s Attempts To Back Out Of Carpool Karaoke