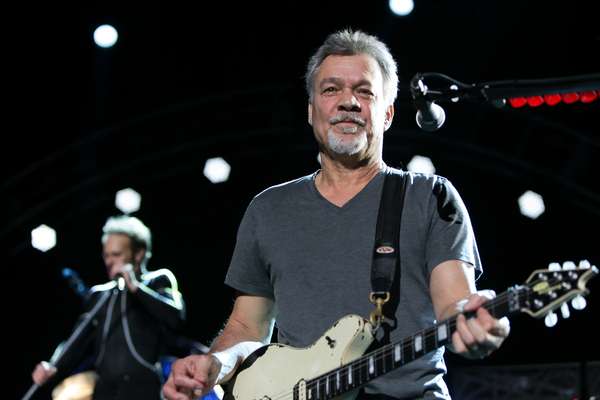 A new book called Eruption: Conversations with Eddie Van Halen is to be released via Hachette next month.

Van Halen passed away in October 2020 following a long battle with cancer.

On the book, Hachette have said that Eruption: Conversations with Eddie Van Halen, “highlights his greatest triumphs as a ground-breaking musician. Including an unprecedented dive into Van Halen’s masterpiece 1984. It takes an unflinching look at Eddie’s early struggles as a young Dutch immigrant unable to speak English, which resulted in lifelong issues with social anxiety and substance abuse”.

“It also examines his brilliance as an inventor who changed the face of guitar manufacturing, as well as his turbulent marriage to Valerie Bertinelli and his relationships with bandmates David Lee Roth and Sammy Hagar”.

“Our goal was to tell the story of Ed’s entire life though his own words”, Chis Gill also added.

“We wanted to do it in an entertaining and informative manner for the general music fan while also going deep into Ed’s contributions as a guitarist, songwriter and musical instrument innovator, as well as one of the greatest guitarists and musicians of the 20th century”.

This book will be published in the US by October 5. It will then arrive in the UK by October 28.