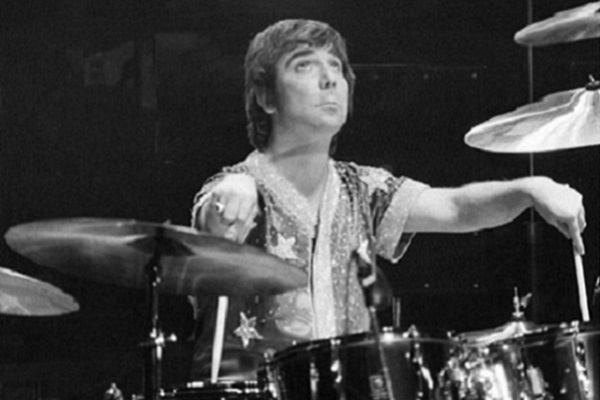 A new biopic about drummer Keith Moon is to begin shooting this Summer.

Keith Moon was the drummer for The Who from 1964 until his death in 1978. Moon died following an overdose of Heminevrin, a drug used to treat symptoms of alchol withdrawal.

Moon’s bandmates Roger Daltrey and Pete Townshend will work as executive producers for this film. It has been provisionally called The Real Me after the “Quadrophenia” track.

It has been in the works for over a decade.

“Got to find a Keith Moon”

The biopic is to reportedly be directed by Paul Whittington, while Jeff Pope is set to be in charge of scriptwriting.

The production for this Moon biopic is set to be catered for by the same company responsible for Ron Howard’s Beatles documentary  Eight Days a Week: The Touring Years, and George Harrison: Living In The Real World.

It has yet to be confirmed who will play Keith Moon, although Roger Daltrey said that the actor will need to have the appropriate eyes.

He added, “It’s going to be very, very dependent on the actor and the actor’s eyes. Because you’ve got to cast it completely from the eyes because Moon had extraordinary eyes”.

Daltrey also seemed to take exeption when it was put to him that it might be difficult to find an actor who can play the role of a musician like Moon.

“They didn’t really know Keith”, he continued. “I don’t know whether anybody outside the band really got to know him like we did. He was a strange bunch of people”.

Daltrey also added that he had spent quite a long time searching for “the right screenplay”.

Last November, Roger Daltrey took aim at the Rolling Stones, branding them a “mediocre pub band”. More on that from Nova here.