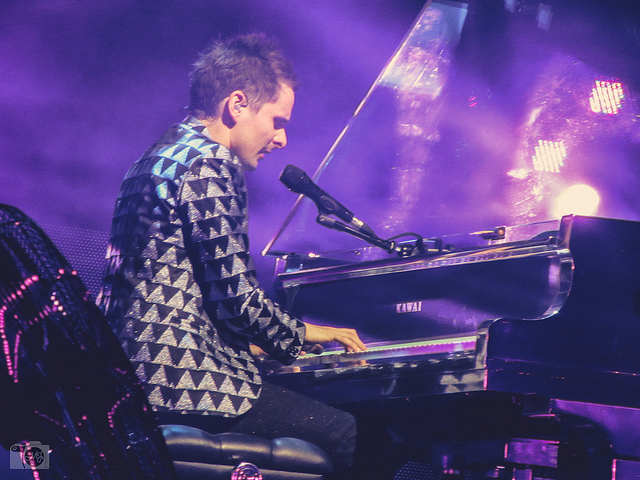 Muse have revealed details of their new album, they’re playing a gig in Northern Ireland this weekend, and they’re releasing a new track later today. Told you it was good news!

The Devon rockers already leaked their album title in a video from their studios a few weeks ago, now we know Drones will be released on June 8th, it will have 12 tracks and is produced by the band alongside infamous hit-maker Mutt Lange.

We are delighted to announce the Psycho UK Tour & the release of the new album Drones on 8 June! #MuseDrones pic.twitter.com/x48G5p8UsP

In a statement, published on the band’s website, front man Matt Bellamy says: “To me, ‘Drones’ are metaphorical psychopaths which enable psychopathic behaviour with no recourse. The world is run by Drones utilizing Drones to turn us all into Drones. This album explores the journey of a human, from their abandonment and loss of hope, to their indoctrination by the system to be a human drone, to their eventual defection from their oppressors.”

The first single from Drones will be track one: ‘Dead Inside’ and will be released on March 23rd, however you’ll be able to pre-order the record tonight where you’ll also get to download track 3 from the album: ‘Psycho’.

Brian Johnson Reveals Why He Always Wears That Iconic Cap

Glastonbury Owner Reveals Why Queen Won’t Be Playing The Festival