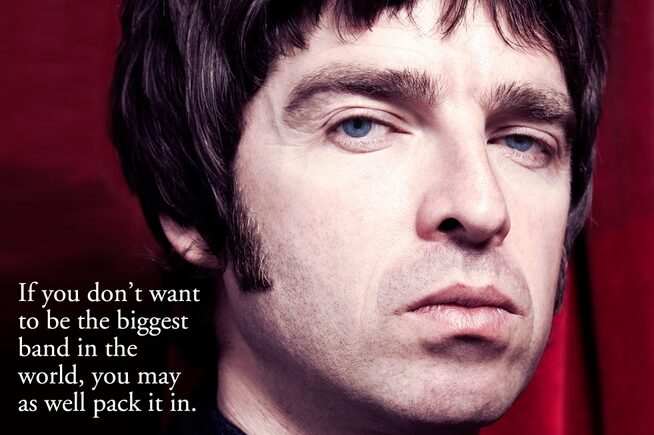 According to Mark Coyle, personal friend of Noel since they were both in Inspiral Carpets’ road crew in the early ’90s:

You cant get a more glowing reference that that!

“It reminds me in some respects of the spirit of ‘Definitely Maybe’, because it’s so obviously exciting. That boy is from a different planet, and even the fans won’t believe how utterly amazing it is.”

As a fan of Oasis, and more recently being blown away by Noel’s debut solo album “High FLying Birds” this kinda makes my musical funny bone twitch. Noel’s debut album contained nothing that would have led me to feel it was similar to anything that he created while with Oasis, and the thought of this new album sounding like “Definitely Maybe” certainly perks up my enthusiasm to hear what Coyle is talking about.

Not that I wouldn’t already be excited to hear what Noel would produce after such a successful debut album but this just heightens the anticipation of what is to come.

Coyle has also said in reference to Noel’s new album:

“It’s pouring out of him and he’s currently whittling it all down into an album. The new record will be seismic. It’s so explosive that, on the day it comes out, Virgin Trains won’t be able to cope with all the people trying to flee the chaos.”

This has to be my most anticipated album of the year and if it is anything like Coyle has led us to believe it is, it should be MASSIVE!